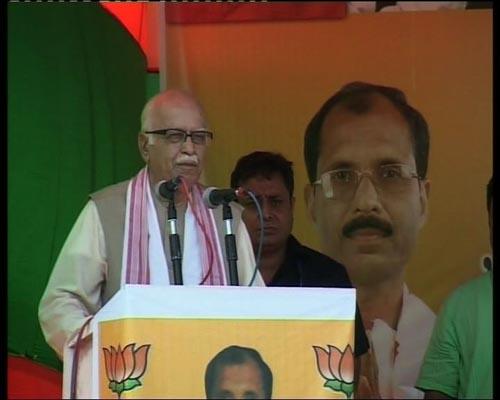 The otherwise calm and un happening , Raha LAC has now become a favorite playground for the Nation’s top Star campaigners with Rahul Gandhi visiting the LAC yesterday and leader of the opposition LK Advani addressing a rally here today.

In his speech at Raha Mr. LK Advani praised MS Dhoni the skipper of TEAM INDIA for beating Australia , Pakistan and finally Srilanka in the World Cup and winning the world cup.

LK Advani furter said That the demand for the LOKPAL Bill by Social activist Anna Hazare is very legitmate and the government should pass the bill with amendments attaching more accountability at top posts.

6 Oct 2007 - 2:15pm | parthachakraborty
Manipur will take on Nagaland in the inaugural match of the First N E Challenge Cup Hockey Tournament which will begin at the Md Tayabulla Hockey Stadium at Vetapara, in the city, on Sunday....

25 Jun 2014 - 11:05pm | Hantigiri Narzary
There are 53 local register of citizenship registration(LRCR) have been set up in the district to initialization of updating of NRC and the actual works of updation will start soon. Nitin Khade,...