Amid strings of resentment and dissidence AGP is set to announce its second list on Monday. The list contains the name of the candidates of some vital constituencies which was approved on Saturday. 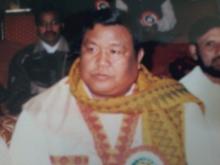 29 Dec 2015 - 3:34pm | Hantigiri Narzary
It is shock news that a torch bearer of journalism in Lower Assam’s Bodoland region and senior journalist and Editor of Bodosa,a daily newspaper published from Kokrajhar Chino Basumatary passes away...

27 Apr 2014 - 11:53am | Jayanta Kumar Das
The peaceful conduct of the recent LS poll in Udalguri district under Mangaldai HPC has been appreciated by all. The district has been infested heavily with violence,extortion etc and there had been...
Follow @Assam Times