Akhil Gogoi during the press meet told that the present Tarun Gogoi led Congress government has done many corruptions which have been clearly indicated on the fifth report of CAG. As per the final report of CAG, the congress government of Assam have been charged of gross irregularities in functioning of the state government and report also mentioned about the misappropriation of Rs.2361.76 crore in 15 departments of the Assam government in between 2002 to 2010.

Further Akhil Gogoi told that “KMSS and the people of Assam would never tolerate the Gogoi government who has been detected to be involved with corruption and financial irregularities. He added “KMSS would not stop their agitation until and unless the chief minister Tarun Gogoi and Health minister Dr Himanta Biswa Sharma immediately resigns. He further appealed the opposition to stand and raise their voice against the misappropriation of funds by the state government that has detected by the CAG.

Permalink Submitted by anil bharali on Mon, 17/01/2011 - 23:18
It is difficult to believe that the people of canot tolerate corruption.About a year back "Amar Asom" published that more than hundred of govt. officials looted thousands crores rupees as per official report.Interestingly Akhil Gogoi was not at all vocal for unknown reason. Bank loan particularly Home loan both customers and bank officials are badlly involved corrupt practics.In govt. job corrupt practices are honourably accepted by the people.Is Akhil Gogoi aware of it ??

Permalink Submitted by Sanjib gogoi on Sat, 25/06/2011 - 18:05
Why do people expacted Akhil Gogoi to take all the steps against corruption.he is relantlessly doing his job for poor landless people,farmers and fight for our rights.if u r not protesting against evil then our future generation will have to survive in a moralless society.so frnz,come forward do yor duty for ASSAM 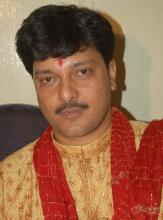 9 Oct 2014 - 7:42pm | AT News
Parliamentary Secretary for Home Etowa Munda said the two probes would ascertain the real incident where several people have been injured in Bolbola on Wednesday. Munda , who visited the area and...