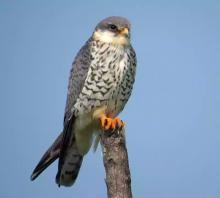 29 Nov 2021 - 2:56pm | Prasenjit Saha
Agartala:  Bharatiya Janata Party (BJP) is on the verge of registering a landslide victory in the Tripura Municipal Elections. The Trinamool Congress bagged the second highest number of...

Patowary to contest from Barpeta

13 Mar 2014 - 10:07pm | AT News
BJP has announced the second list of candidates for the upcoming Lok Sabha polls.The main opposition party has fielded Rameswar Teli in Dibrugarh while Chandra Mohan Patowary has been fielded in...