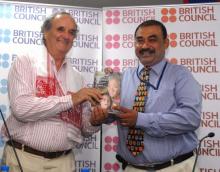 17 Nov 2009 - 10:28am | editor
The eminent BBC journalist Sir Mark Tully has released a book titled ‘Troubled Periphery: Crisis of India’s North East’, which has been authored by the senior BBC journalist Subir...

One more Rhino killed at Kaziranga

5 Jul 2007 - 7:17am | editor
One more Rhino was discovered dead in the famous Kaziranga National Park, home of the one horned Rhinoceros. The “Gar Kharga” (horn) of the Rhino was missing. A total of seven rhinos have...