After a brief halt, NDFB is again on a killing spree killing at least 15 people in Sonitpur and Bagsa districts on Monday. The first attack took place in Sijusa near Arunachal Pradesh where 8 bus passengers were killed by the Bodo militants. Eyewitnesses say the heavily armed rebels forcibly brought down 8 people and gunned them down before vanishing from the spot. The second one gory incident took place in Dhekiajuli where 5 people including a woman were killed as armed militants sprang upon a group of villagers at a tiny hamlet in the afternoon at Belhi under Mismari police station The victims were as Narayan Saha, Dilip Saha, Parameswar Thakur and Moniodevi Boro and Ramji Thakur. Moreover, suspected NDFB militants shot dead one person at Tamulpur in Bagsa district. All it took place a week after the Bodo insurgent outfit threatened of dire consequences if more NDFB cadres are killed. 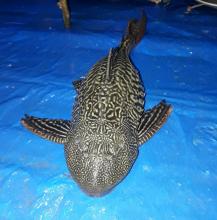 29 May 2016 - 3:43pm | AT Kokrajhar Bureau
Gossaigaon police arrested five persons red-handed including a police and two homeguard at Srirampur inter state check gate on Sunday in Kokrajhar. According to Bhawar Lal, Gossaigaon SDPO, the...