Assam BJP will take out a massive agitation in December to stop mega dams' construction works in Arunachal Pradesh. Addressing a press conference in Guwahati on Sunday,

BJP state president, Ranjit Dutta said these dams will have adverse impact in the downstream areas of Assam. He alleged that Dispur was all out to support the dams. "We are dead opposed to these construction of big dams in Arunachal Pradesh and therefore have decided to launch an intesified agitation throughout the state. Dutta observed that Congress was in power in Delhi besides in Itanagar and Dispur. "If they want they could have stopped these dams which are facing strong opposition from the local people," said Dutta.

The BJP leader further alleged that Dispur has totally failed to solve the inter state border tangle and that they will make it a poll issue.

29 May 2008 - 3:53pm | editor
The result of class X of the CBSE has been declared at 8 am today. Students can see the result logging on to the following link.http://www.cbseresults.nic.in/class10/cbse10.asp

6 Jul 2016 - 12:39pm | AT News
Rajen Gohain has been given railway ministry hours after the Nagaon MP took oath as minister of state on Tuesday. Prime Minister Narendra Modi allocated the portfolio to the senior BJP leader... 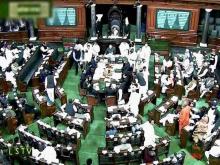 31 Dec 2018 - 10:24pm | AT New Delhi
The Joint Parliamentary Committee set up to study the Citizenship (Amendment) Bill, 2016 has finalized it's report brushing aside the amendment proposals on Monday in Delhi that runs into a seismic...