RTI activist Akhil Gogoi again takes on health minister Dr Himanta Biswa Sarma citing his huge assets of doubtful sources. Addressing a press conference in Guwahati on Sunday, Gogoi said the source fund of Newslive channel which is owned by his wife Riniki Bhuyan Sarma are doubtful.He said the entire fund to the tune of several crores being invested in this news channel belong to Sarma. He said Sarma shows some stakeholders and their amounts of stake. But several crores have been invested without showing anything. He further said NEDFi has issued loans to Riniki Bhuyan Sarma without properly scanning her particulars.

23 Jun 2011 - 9:50pm | editor
Abductors on Thursday freed Joy Narayan Bansal, a businessman from Tinsukia district in Assam was abducted by four persons from Doom Dooma area of the district on June 17 and taken to Arunachal... 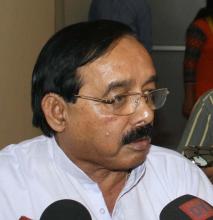 7 MLAs to miss the boat!

8 Apr 2015 - 10:11am | editor
Dozens of sitting Congress MLAs are likley to stay out of the poll contest early next year. The ruling party is unlikely to field them again. But the party leadership are trying to call it their...

29 Apr 2015 - 10:37pm | AT News
There is no trace of two people from Assam who went missing during the massive tremor in Nepal on Saturday. "We have not been able to find out the duo. But we are still trying to ascertain their...