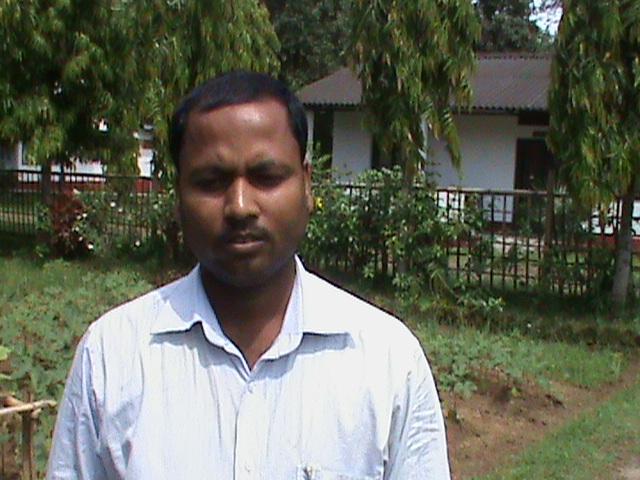 The Right to Information act has helped many people from different parts of the state to seek information from various government departments. But it’s ironical that even in a democratic country one has to face many challenges when good initiatives are being initiated. The Right to Information act has revealed many interesting stories from different parts of the country after the act was implemented.

Though social activists have used it and revealed many abnormalities in the departments instead some of the activists are being threatened after using RTI for seeking information. On the other the tragedy is that so far 7 RTI activists have been killed this year in different parts of the country. Activists who have used faced many problems and it is now important for the state government to protect them at any cost.

There have been many abnormalities in the distribution of foods in different parts of the country including the state of Assam. The Public Distribution System has not been strengthened as a result of which there has been corruption in the cooperatives or others associated with foods. Right to Food campaign has to be organized by civil society organization as there have been abnormalities in the state of Assam. The recent arrest of Ex Chief Minister of Arunachal Pradesh in connection with PDS scam shows that there might be more players associated with it.

Organizations or individuals who are working for the Right to Food have been using RTI for getting the information. In this regard many activists have faced challenges and threatening from different source from time to time. ‘I am trying to find out information of the beneficiaries under APL and BPL category by using RTI but now it has bought many challenges as my case is still pending and I have to take bail’, said Sanjit Das , an RTI activist from Ghogra village of Dhekiajuli Block in Sonitpur district. He has been disturbed by people for whom he had to move from place to place. Sanjeet Das is associated with Swaraj , a people organisation working for the people in some parts of Sonitopur District, he got bail on May 29.

Mr. Das filed an application under RTI demanding the list of beneficiaries of commodities distributed under the PDS on September 22 last year in his locality. On October 27 last year he received a reply from the Deputy Director of Supplies stating that he had to pay Rs 6,000 to get the information. Not understanding why he had to pay this amount, he made an appeal to the Deputy Commissioner. Instead of getting justice he was beaten up by some of the agents under PDS in police station which shows corruption is rampant in the state of Assam in various stages.

Now it has become interesting whether Mr. Sanjeet Das will get justice and all necessary information or some of the corrupted people will be behind him and foil his democratic movement.

"The activist and peoples movement is the product of state government failures to hold peoples sentiments, its no different whether governments exist or not, the people would survive without them”, said Saito Basumatary of People Rights Forum a network of civil society organization working on Right to Food Campaign in the north east. He added that there is no wrong when the activist challenges the government democratically, they are not taking arms against them, the government do not have to invite them to the mainstream as activists are very much part of the mainstream and yet they are threatened by the state agents and mafias.

Permalink Submitted by kuldeep sarmah on Fri, 27/08/2010 - 02:51
this article is good.i have read the article and feel that all the govt department and some of the govt employee are infected by corruption virus.we should show our stand against corruption that we are not like corruption and corrupted persons.this is an appeal to youth that please come forward and show your stand mentally and physically against corruption and thank you Mr. Ranjan Barua for your article

Permalink Submitted by Saadia H on Tue, 23/11/2010 - 20:07
Thanks, media has to raise voices against such violations so the world also knows. 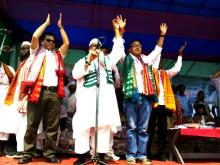 AIUDF will decide next Assam CM:Ajmal

7 Apr 2016 - 6:32pm | Jayanta Kumar Das
”Congress or BJP-AGP-BPF can never form government in Assam alone and AIUDF will decide , who will be the next CM of Assam”,so said AIUDF chief Badaruddin Ajmal at a huge election rally at Kalaigaon...

13 May 2015 - 10:26pm | AT News
The Supreme Court on Wednesday slammed both Delhi and Dispur for failing to stop influx from across the Indo-Bangla border. The apex court further appointed an officer to physically verify the border...