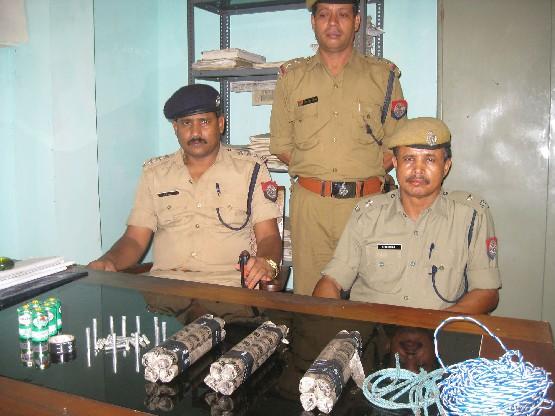 Sivasagar police recovered huge quantity of explosive on June 5 at Sivasagar Rupohimuk, in a gaze near the Brahmaputra river. Explosives recovered are RDX-3 kg, IED-12 nos, detonator-24 nos, fuse-12 nos and some wire. The explosives are suspected to be hidden by ULFA.

1 Apr 2012 - 4:50pm | editor
A hardcore ULFA militant belonging to the Paresh Baruah faction sustained injury during an encounter with Assam Rifles at Takubasti along the Assam-Nagaland border on Saturday. The encounter...