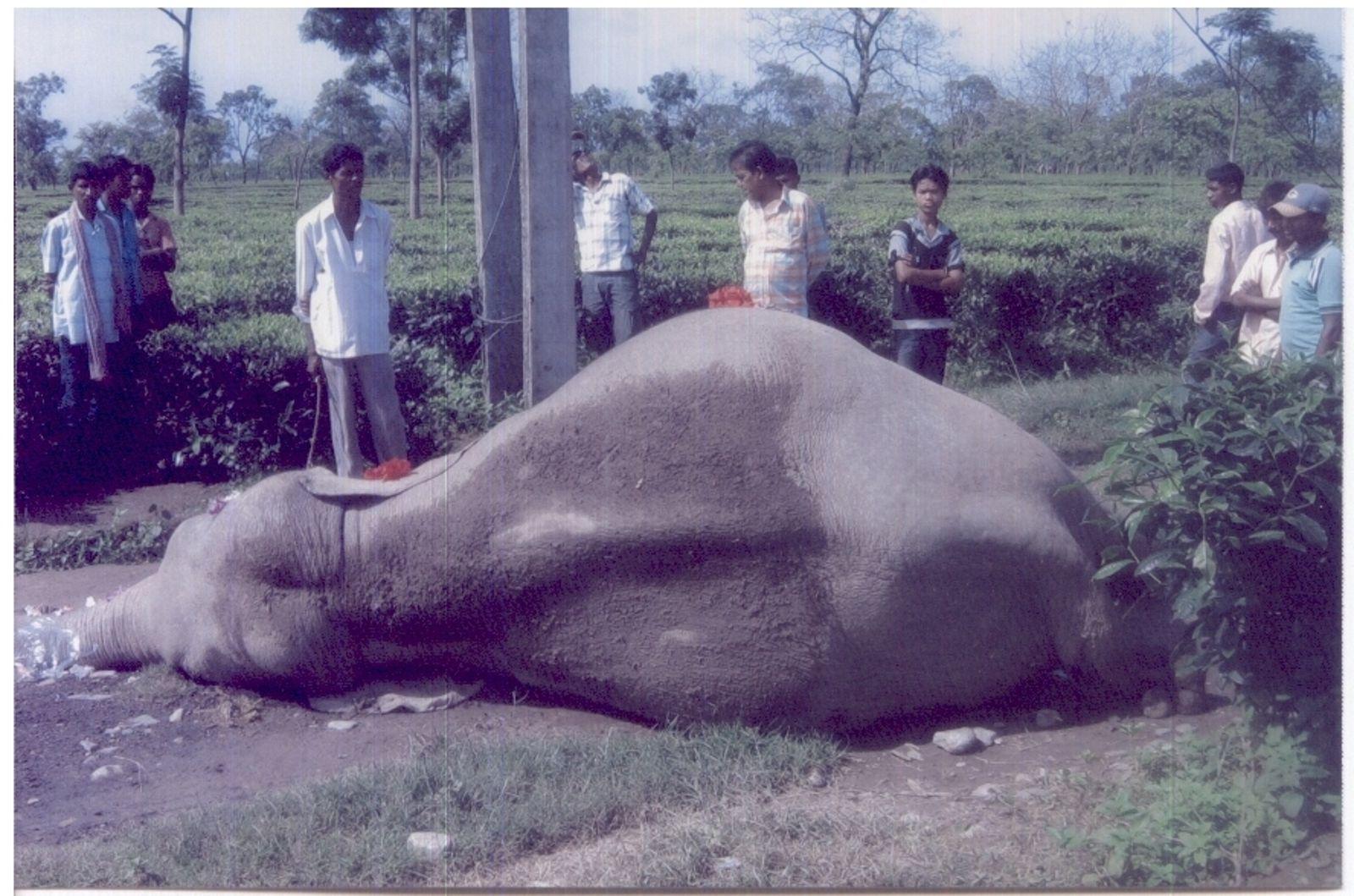 The suspected death of a 12-years-old wild elephant in the night of May 25 in Bhutiachag TE in Udalguri district has been condoled by nature lovers of the district. The dead elephant was found near a high voltage eletric post in between section 6B and 12B of the tea garden.According to information received the 8 feet tall elephant had been seen roaming in the locality along with other two wild elephants for a few days causing no harm to people. Although the primary evidence indicated electrocution as the cause of death but people engaged in conservation activities had different idea. According to them the elephant could possibly be poisoned to death by village people in retaliation. Ananta Bagh, CEO of Green Valley Forest and Wild life Protection Society it was the habit of a section of people to kill wild elephants, who had suffered due to roaming wild elephants in the locality once belonged to the elephants.He alleged that tea garden,forest and electricity authorities had failed to protect roaming wild elephants in recent times. Another nature activist remarked that number of regular deaths of wild elephants in the district was alarming. According to him illegal erection of electric fencings to protect both small and big tea gardens, hanging overhead electric lines and use of fatal pesticides could be the causes of such regular deaths.

So far 13 wild elephants had died in the district during 2009-2010 period. It needs mention that a wild elephant was electrocuted at section No. 11 in Nonoipar TE on October 29, 2008. The cause of death was declared as heart attack. But informed sources said that they had seen tea garden executive of the garden, directing workers to remove loose electric wires from the spot of the incident in the very early morning that day.Nature lovers also allege that the reports of the postmortem were never made known to public not to speak of any steps to check such killings. B Deka, senior manager of Bhutiachang TE while talking to this correspondent ruled out electrocution as the cause of death and remarked that death could occur due to consumption of poisonous food out side the tea garden areas. DN Hazarika, Circle Officer, Harisinga Revenue Circle Tangla along with Dr. RK Sarma VAS and forest officials visited the spot for investigation and post mortem on May 26. Bankim Sarma, DFO, Dhansiri Forest Division said that investigation was on and preventive measures would be taken to stop reccuration of such incident. In another incident, one Babu Dorgi (35) a married widow had been killed by wild elephant in Orangajuli TE on the night of May 22.

12 Jul 2007 - 10:24am | editor
Guwahati : Assam police confirms the death of Phul Chand Ram alongwith two militants at a cross fire between ULFA and police that rocked Changsari near Guwahati on the wee hours of Thursday much to...