ULFA vice chairman Pradeep Gogoi on Friday procured bail in three TADA cases even as Assam Chief Minister Tarun Gogoi the jailed ULFA leaders could be freed to ensure a hassle-free process for holding peace talk with the givernment. Gogoi on Friday got bail in 3 cases while the fnal judgment in 3 other pending cases are to be delivered on February 23. The court will deliver its final judgment in the remaining cases on February 23 where same it is expected for the single case against publicity secretary Mithinga Daimary.

Meanwhile, talking to reporters on Friday in Dispur, Gogoi said he wants the talk amid a congenial atmosphere and with dignity. But he refused to divulge these in detail. Notably, several top ULFA leaders have been languishing in jail. These include Arabinda Rajkhowa, Pradeep Gogoi, Raju Baruah, Sasha Choudhury, Chitrabon Hazarika, publicity chief Mithinga Daimary, Pranati Deka and Bhimkanta Buragohain.

13 Jan 2012 - 11:27pm | pallavibarua
In the 7th century AD, when Buddhism was strengthening its hold over North India, a group from the priest class forwarded a new concept to arrest the growth of Buddhism. Gautam Buddha was declared...

24 Mar 2012 - 4:17am | editor
For the first time, A mountaineer from Assam is set to scale the highest peak in the world — Mount Everest. Pranay Bordoloi, a senior journalist with a Guwahti based private satellite... 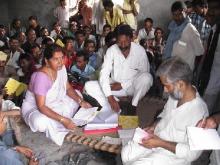