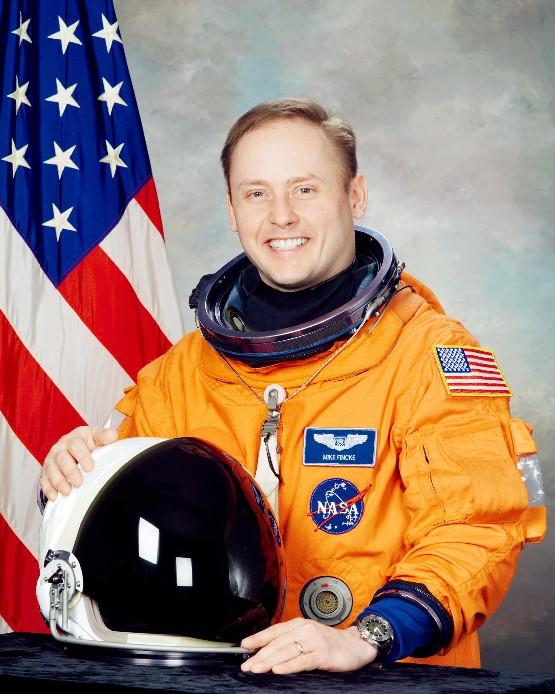 “Jowai of Asom” and NASA Astronaut Colonel Michael Fincke will receive public felicitation in Guwahati, the capital of Assam, in presence of Assam Chief Minister Tarun Gogoi as chief guest at Pragjyoti ITA Centre for Performing Arts on 2nd September 2009. The public felicitation function has been organised by Friends of Assam & Seven Sisters (FASS). Mike Finke is ‘Jowai’ (son-in-law in Assamese language) of Assam – he is married to Assamese-American Renita Saikia, who also works in NASA.

NASA Astronaut Edward Michael “Mike” Fincke was Commander of the Expedition 18 mission to the International Space Station (ISS), and once talked live to the students of Axam Jatiya Vidyalaya at 1.24 pm on January 7, 2009. The talk was for about 10 minutes. Its still is the students mind.

During Colonel Fincke’s second Space mission in 2008-09 he carried one Assamese ‘Gamosa’ to Space with due permission from NASA. During his six months stay in Space aboard the International Space Station (ISS), he talked live with the students of four educational institutes of the East. He danced Bihu in zero gravity in the ISS.

Colonel Michael Fincke fell in love with Assam on his first visit to Assam many years ago. Colonel Fincke has gone to Space twice and during his first mission in 2004 he literally took hundreds of pictures of the North East, its scenic beauty and the river Brahmaputra from space.

It’s because of his love and devotion for the people of the North East, that in the first week of September he is coming to Guwahati & Shillong especially to meet and interact with the students, said Mr. Barkakoty.

To mark his appreciation and commitment to the people of the North East, Friends of Assam & Seven Sisters (FASS) has organised this Public Felicitation function of Colonel Michael Fincke.

Colonel Fincke will be a ‘State Guest’ of Govt. of Assam. The felicitation function will start at 5 pm, at ITA Machkhowa in Guwahati.

Friends of Assam & Seven Sisters (FASS) is a non-profit, non-Governmental organization, an international think-tank which is aimed at providing an inspirational energy and a motivating force for overall revival and development of the North-East India in all its spheres. FASS has its India HQ at Guwahati, Assam and International Headquarter at Texas, USA. FASS has International Directors in many countries across the globe.

Permalink Submitted by sandeep on Mon, 14/09/2009 - 08:55
It's indeed a morale booster to the students of the northeast of india to interact with the astronaut.

26 Nov 2014 - 6:50pm | Hantigiri Narzary
She is Renuka Hembrom. The teen aged girl was missing from July. But she is back to home. Courtesy Nedan Foundation. The Kokrajhar-based non government organization managed to rescue Renuka on Monday...