An ULFA rebel died, another injured during a heavy gun battle wit security forces in upper Assam's Golaghat district on Sunday afternoon. The deceased was identified ass Deep Gogoi from Bhojo in Sivasagar.

According to information, acting on a tip off, police, army and CPRF jawans conducted a search operation at the residence of one Purna Saikia of Biya Koruwa gaon in the afternoon and thus the encounter came up. The ULFA rebels started firing at the army and CRPF jawans. When retaliated by police, army and CRPF jawans, one of the rebels tried to lob a grenade at them but it went off by accident and thus he died on the spot. Others in the group, however, managed to escape from the spot. Operation is on to nab them. Security forces have claimed that one of the rebels has sustained injury in the one hour long heavy exchange of firing.

Police recovered a 9 m pistol, a hand grenade along with some explosive materials were recovered from the spot.

Journalism profession in a puzzle box

14 Apr 2013 - 3:09pm | Peter Alex Todd
A sad and pathatic picture of media house workers reflected in Sakalbela's office, when workers including reporters of the Bengali daily had to strike due to non-payment of salary for the last two... 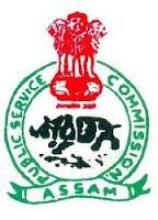