Congress star campaigner Rahul Gandhi says India will be shining only when it will be able to eradicate poverty and unemployment.
Addresing an election meeting at Lakhimpur on Monday, he said poverty in India shows that India is not shining.

Gandhi underlined the need to uplift the poor and the adivasi community along the development process, he exhorted voters here to support Prime Minister Manmohan Singh and Congress president Sonia Gandhi in ensuring the country's progress. He was campaigning for Lakhimpur Congress candidate Ranee Narah. Later he left for Nagaon to address another poll rally in Nagaon. 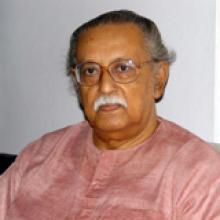 18 May 2014 - 5:59pm | Raktim Baruah
Sankaradeva Movement festival at was held in Mumbai on Sunday in collaboration with National Center for Performing Art. The event included discussion, cultural performances,...

1 Apr 2008 - 6:45pm | editor
Police have apprehended two car lifters in the city's Udalbakra area during an operation on Monday. During the interrogation, both the lifters are reportedly making some startling revelations than...