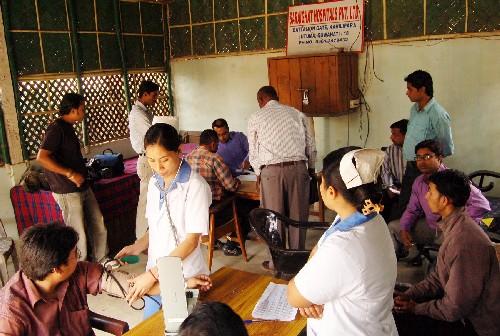 Dr Mriganka Talukdar, who conducted the camp, later however revealed that over 10 % of the participating journalists were vulnerable to ailments related to over weights. He advised the journalists to have regular nutritious food as well as physical activities and to avoid unnecessary stress.

He was assisted in the camp by Deven Talukdar, Lina Manish and Bidohini Chanu of Saraighat Hospital with Tanmoy Lala and Partha Dey of Novo Nordisk India Pvt Ltd.


Report and Pix by Dhrubajyoti Das 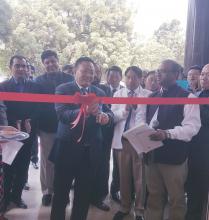 4 Jun 2008 - 11:00pm | editor
A day after CBI arrested education minister Ripun Bora charging him with trying to bribe one of its official, Opposition and organization have demanded resignation of Chief Minister Tarun Gogoi...