29 Jun 2014 - 9:14pm | AT News
Chief minister Tarun Gogoi sent Chandan Brahma’s resignation letter to governor suggesting him to accept it immediately a day after the transport minister put in his papers. Talking to reporters in... 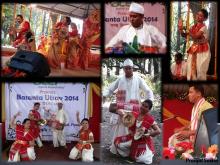