As floods inundate Kaziranga, the question is whether it is a curse or boon

Guwahati: After weeklong heavy down pour, floodwater submerged the world famous Kaziranga National Park in several places. Park authority informs that at least 60% of the park area was inundated and water level is rising day-by-day covering more area. It is yet to be ascertained, whether floods are a curse or blessing to the park known for the one horned rhinoceros worldwide. Three years of consecutive draught damaged the ecology of the park whereas fresh floods every monsoon helps park grazing lands to grow plenty of grass creating a good stock of étagè for the entire year. Flood waters also helps to carry out excess production of fish from marsh and low lying areas of the park with the waterweeds every year. But as there was no flood in the last three years, herbivorous animals were facing acute shortage of food forcing them to come out from the park to the neighboring areas. Two Rhinos of the park in fact had reached Jorhat town moving at least 50 K M and are yet to come back. So authorities are actually happy viewing the floodwaters than being frightened. Park Director Mr. Surendra Nath Burhagohain informed that floods have submerged 22 forest camp out of 24 in Agaratoli range, 30 out of 38 in Kohora range, 22 out of 33 in Bagari and 4 out of 9 in Burhapahar range. Thousands of animal have started fleeing into the neighboring areas and Karbi Anglong Hills crossing National Highway 37, which passes through the park. Animals crossing the highway in search of better areas are another problem for the park authorities every year. Speeding vehicles in the National Highway have killed two deers and injured several other animals in the last week. Reports have come in from Biswanath Chariali and other places as well where some people had killed deer and other animals coming out of the park seeking safe shelter. Several NGO and forest personnel are organizing awareness campaign to protect wild animals. Volunteers of BHUMI, WWF and WTI have started night patrolling from Burhapahar point to Bokakhat of National Highway 37. They have requested each and every vehicle driver passing through Kaziranga to control their speed and be aware so as to not hit any animal while trying to cross the highway. Minister for Forest and Environment Department of Assam Mr. Rockybul Hussain on Tuesday had also joined hands with volunteers for a few hours and asked the vehicle drivers not to kill animals. Popular singer Zubeen Garg will lead a team of artists on 1st of August to Kaziranga and attend four awareness campaign meeting. He will sing and deliver a speech, requesting people to come out against poaching. All together 9 rhino's were killed at Kaziranga in the last seven month. According to 2005 census there are 1855 rhino in Kaziranga, which is also a World Heritage Site declared by UNESCO and widely acclaimed as a successful conservation story by worldwide

15 Aug 2012 - 2:35pm | editor
More than 400 students are believed to have fled from Kerala, Andhra Pradesh, Karnataka and Maharasthra fearing attack in the time of BTAD riot. According to reports, 400 Bodo, Koch-Rajbongshi and...

2 Jul 2009 - 5:49am | editor
Violence in North Cachar hills distirct refuses to halt as 7 persons were killed in yet another strike by miscreants on Wednesday night even as the Centre is determined to stem violence in the north... 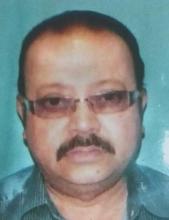 20 May 2018 - 11:54pm | AT News
Guwahati: Journalists’ Forum Assam (JFA) expresses grief at the untimely demise of senior cultural reporter Rejek Ali Ahmed after a brain-stroke few weeks back. He was under treatment in a city based...