There is report of flag hosting in Udalguri district of lower Assam where Pakistani flag were spotted during the ten day long communal clash in the first week of October last year.

Thousands of people came out to the streets on Monday morning and rushed to the Ikorabari and Sonaripur and the adjoining areas where they hoisted the national tricolour. Talking to reporters, the people said they want to pass a strong message to those who hoisted Pakistani flags during the clash. "We are Indian and we will be Indian. We are not afraid of any external forces," said one Ananda Das who was one of those more than eleven thousand people who thronged at this exceptional function.

On the other hand, despite militant's boycott call the 60th Republic Day was celebrated in Assam on Monday. The celebration was by and large incident-free. There is no report of any sporadic incidents of violence during on Monday. A powerful IED has been recovered from Bhojo in Charaideo sub division in Sivasagar on Monday evening. Later it was defused. 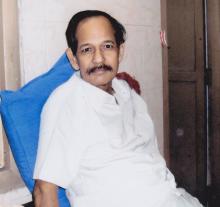 26 Jun 2009 - 3:10am | Ranadeep Gogoi
Assam Governor Shiv Charan Mathur on Thursday following heart ailment at a hospital in New Delhi. He was 83. The end came at around 8 in the evening at thr Fortis Hospital in the national capital....