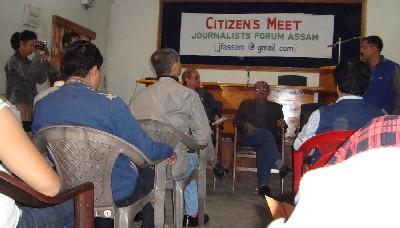 A citizens' meet at the Guwahati Press Club on Wednesday, called upon the people of Assam to celebrate the Republic Day in each and every locality of the State and hoist the National Tricolour atop every house.

Organized by the Journalists' Forum, Assam (JFA) and presided over by JFA chief Rupan Baruah, the citizens were of the view that a clear message should go to those issuing a diktat against any celebration of the Day, that people will no longer tolerate any anti-national threat and will give them a fitting reply to them.

In a resolution, the citizens also asked the State government to activate the now-defunct citizens' committees in every ward under every police station of the city if the government at all wants people's co-operation in its anti-terror campaign. But, the resolution pointed out, these committees have to be essentially different from their earlier corrupt edition. Their brief should be limited only to sensitization against terrorist activities.

Earlier, the citizens observed one minute's silence in respect to former Assam Tribune editor Narendra Nath Deka, who had passed away on Tuesday night.

13 Jul 2016 - 7:04pm | Shajid Khan
A person allegedly committed suicide by jumping in front of Rangapara-Rangia passenger train at Purandia on the outskirts of Tangla at about 10 pm. The deceased has been identified as Kushal Bania (... 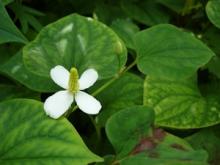 6 Aug 2014 - 11:04am | Rajiv Roy
Prime Minister Narendra Damodardas Modi’s two-day visit to the Himalayan state of Nepal, the first by an Indian PM in 17 years, has opened up a new chapter between these two Hindu nations on planet...

21 Jan 2014 - 9:40am | AT News
The Assam Pradesh Congress Committee gears up for the Lok Sabha polls. Its poll panel will meet on Tuesday to shortlist the candidates for the general election. To be attended by AICC observer Dr CP...