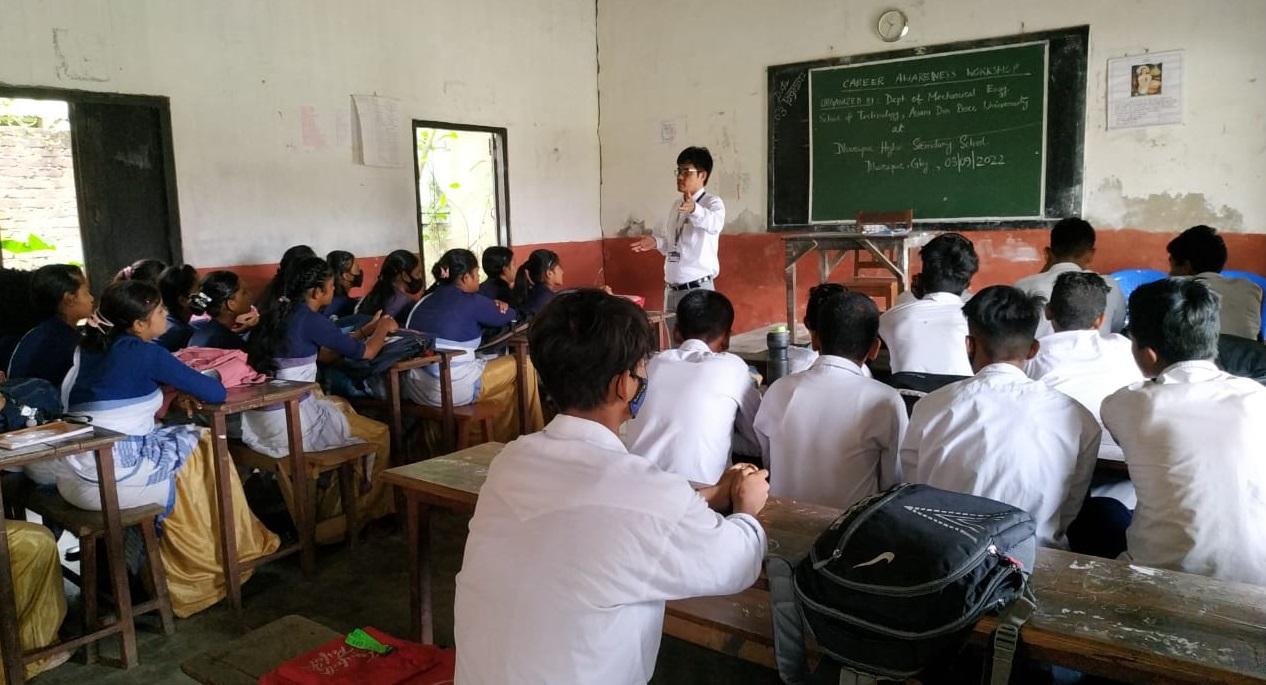 Guwahati: A Career Awareness Workshop was organized by the Department of Mechanical Engineering, Assam Don Bosco University School of Technology on 3rd September,2022 at Dharapur Higher Secondary School, Dharapur. The welcome speech of the workshop was given by Utpal Sarma, Principal of Dharapur Higher Secondary School. The resource persons for the workshop were Dr. Buljit Buragohain, a prominent career counsellor of the state and Head, Department of Mechanical Engineering of Assam Don Bosco University School of Technology and Pranjal Sarma, Assistant Professor of the Department of Mechanical Engineering. Apart from clearing the doubts of the students while choosing the right career path, Dr. Buragohain also gave detailed explanation on how with hard work and dedication, all the students can mould a successful career for themselves.  He talked about the importance of reading newspapers. He also informed about the career advice offered through phone (9435188630) on every Saturday from 6 PM to 9 PM.  Pranjal Sarma discussed in detail how hobbies can help in their career.

28 Jul 2015 - 10:49am | AT News
Gurudaspur firing has forced Assam to be kept on alert on Tuesday. Hours after the fierce fighting, Dispur has sent red alert to avert such terror attacks. According to sources, ULFA, NDFB and...