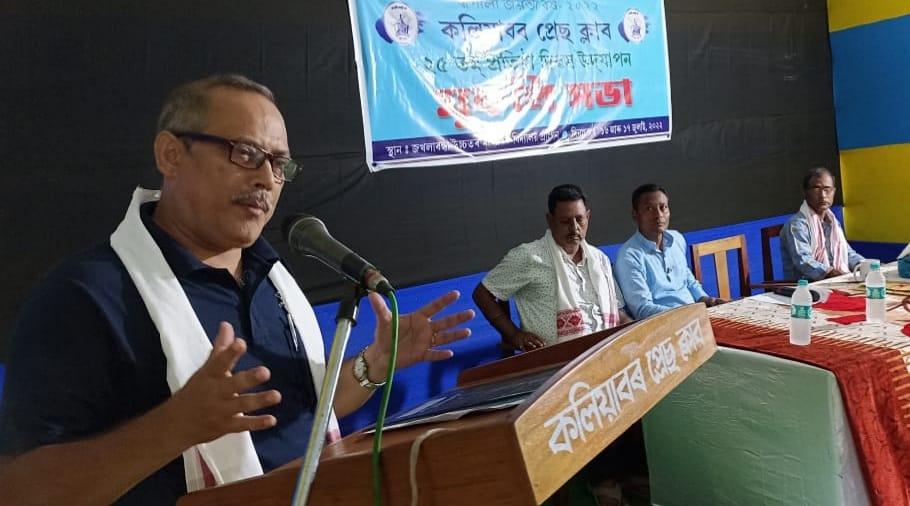 Guwahati: It was an amazing experience to attend the foundation day of a 25 year old press club in central Assam on a lazy Sunday, where a number of senior citizens along with rural scribes and novice journalists were waiting to listen to my speech. It’s easier to address a journalist’s meet- where we can discuss many issues with liberties, but while the audience includes respected senior citizens and young people, it becomes a difficult task to speak to them together.

First, the question that arises, how much should I highlight the eroding credibility of the mainstream media around India in general and Assam in particular and secondly what may be the role of social (alternate/digital) in reshaping the newspapers and satellite news channels! Thirdly, I must discuss the abundant opportunities brought out by the internet services, which has almost redesigned the present socio-cultural, political and economical landscape around the world.
As I got down from the long-drive bus at one point near the  Jakhalabandha stoppage, it was Jayanta Kumar Sarma  who came to escort me to the function. Jayanta, secretary of  Kaliabor  Press Club, gave me an initial briefing about the organisation and the function. Soon Nayan Saikia, a Guwahati-based senior journalist - who continues to be a supportive hand at the local press club - welcomed me to the programme. Before the meeting began, we had some time for lunch, which was simple but tasty.

After a few formalities, including a welcome chorus by some local girls who performed a spirited song of Dr Bhupen Hazarika, the chair asked me to address the gathering. Prior to it, the organisers greeted me (along with Nabin Borthakur- associated with  Asom Sahitya Sabha and Pranab Mahanta, a media enthusiast on the dais) in traditional ways and the press club president Tapan Saikia introduced me to the audience. Some of the distinguished listeners (Hemadhar Hazarika, Bhupen Sarma, Dhruba Borgohain, Puspendra Saikia, Pulak Bora, Ajit Bhagawati, Jayanta Kr Khound, Bipul Hazarika, Achyut Saikia, Krishna Mahanta, etc)  were even known to me.

I tried to analyse the crisis faced by mainstream media outlets with the advent  of aggressive social media. The shrinking space for newspapers was multiplied during the Covid-19 pandemic induced national lock down, as rumours spread that the physical paper would carry the coronavirus. Slowly the readers turned to alternate media (precisely the news portals) and many of them did not return to their age-old habit of reading a newspaper in the morning hours. Once a sizable number of committed readers go away, the newspapers have lost their influence on them for good.

Across India, we should have over 50 crore mobile phone (connected with internet) users and many of them continue to read newspapers. The problem began, when the readers started questioning the contents of newspaper columns as often old, one-sided and non-comprehensive. The issue did not end here, as many internet users began to criticise the newspaper (also satellite news channel) contents in digital media space. Some of them even went on criticising the editors with personal attacks. So gradually the editor-journalists have found themselves in an awkward position while facing the public.

Hence it’s the time for the mainstream media people to be more cautious, authentic and credible to the readers, listeners and viewers. Perhaps, we have arrived in a period where we can no longer generate news items according to our convenience. If we keep our accountability aside, social media users (some of them may be retired working journalists) will remind us of it. The reminders may be polite in nature or even aggressive (and we will have no other option than acknowledging them).

Finally, I insisted that journalists may continue to be popular, inspiring  and influential,  if we can maintain our credibility and be honest with the respective  audience. The so-called glamour, wealth and political affiliation would be useless in the days to come. A challenging time for professional journalists has welcomed all of us and we must survive with our truthfulness, dedication and commitment  to the medium, our society and the nation.

For records,   Kaliabor  Press Club was formed by some struggling rural scribes on 17 July  1997 and the present set of members (not more than 50) are celebrating their silver jubilee year. State minister Keshab Mahanta, hailing from the locality, launched the year-long celebration at its premises on 16 January last in the presence of distinguished personalities including performing artiste Jina Rajkumari. The press club members organised the foundation day programme on 16 and  17 July.
A journalist workshop (in memory of two pioneer journalists from Kaliabor, namely Govindaram Bhuyan and Abhiram Bhuyan) was also organised at Jakhalabandha HS School auditorium  where Asom Bani  editor Dileep Chandan and NKTV news reporter Biswajoti Sarma were present as resource persons. It was followed by a competition for information gathering and news presentation among the aspiring students. Senior rural correspondents Kanak Hazarika and Narendranath Hazarika guided the event, which was assisted by Tarun Muktiyar, Bhaskar Saikia, Ashish Saikia and others.

My proposals for the local press club include a media health check-up camp (where their families would get the benefit of traditional and modern healthcare), regular sittings with classic movie shows, cartoon exhibitions and  discussion on new books, interactions with celebrated personalities, and programs with video conference engaging journalist-authors across the globe time to time, so that the local scribes can make them updated  with the latest trend in national and international journalism, socio-political and environmental scenario for their own benefits. 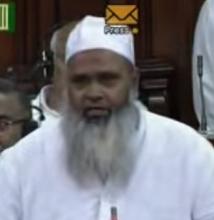 30 Jan 2018 - 3:16pm | AT News
IMPHAL: The Impulse NGO Network (INGON) has launched a project engaging media to counter human trafficking in and between the borders of India, Bangladesh, Myanmar and Nepal. The Impulse Model Press...