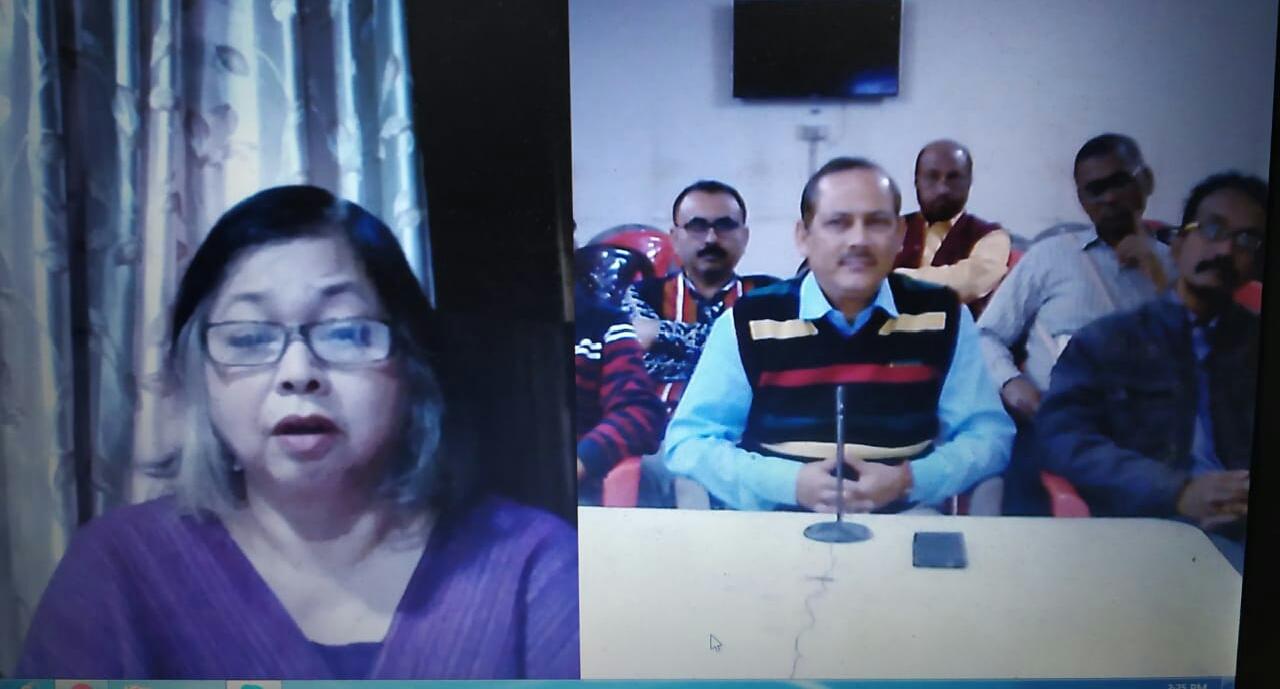 Guwahati: As India and Myanmar (formerly Burma) maintain a strong legacy of friendship, trust and cooperation for centuries, the southeast Asian nation expects an active role in diverse fields from New Delhi. But reasons, best known to the Indian government, visible efforts from New Delhi continue to be rare in contrast to hyper activism adopted by the Beijing based Chinese administration.

Speaking to a group of scribes at Guwahati Press Club from Bogo near to Yangon on 7 December 2018 through video conferencing, Debbie Stothard, a journalist turned pro-democracy human rights activist, also pointed out the unusual delay in functioning of much hyped Kaladan multi-modal project that would connect Myanmar’s Sittwe port to northeast Indian provinces.

On the other hand, Beijing successfully installed the project of oil & gas pipelines from the same Arakan province to China’s Kunming city and already made it operational. Not only in energy sector, Chinese agencies have been working relentlessly in Myanmar with an inherent influence over the present regime in NayPyiTaw, added Ms Debbie, who used to work as a journalist, community educator and trainer in Malaysia, Thailand and Australia.

Answering queries from Guwahati scribes, she pointed out that all historical ruins related to India’s glorious freedom movement across Myanmar should be preserved. She mentioned about Gandhi Hall, INA (Indian National Army/Azad Hind Fauj) headquarter, Bahadurshah Zafar tomb etc in Yangon needs proper conservations. Debbie argued that it would also help Myanmar government as those places have historical and tourism interests for millions of Indians.

Describing State Counselor Aung San Suu Kyi’s role in the quasi-democratic government of Myanmar, she admitted that it emerges as a great challenge to the Burmese icon to continue the peace mission with various ethnic armed groups as well as other relevant pro-people initiatives. Debbie however admitted that even though the international community and media fraternity had outraged the lady over her silence on Rohingya controversy, Suu Kyi continues to be popular among the common Burmese nationals.

On the Rohingya issue, Debbie insisted on their safe and dignified returns to Myanmar and here the International Federation for Human Rights secretary general urged the Bangladesh and India governments to support the mission. She revealed that there is a sizable population from both the neighbouring countries in Myanmar and hence the regimes in Dhaka and New Delhi should consider it a matter of immediate concern.

Asserting that the Burmese military still enjoys a significant influence over the government, Debbie disclosed that the media and rights activists are still under pressure to function independently in Myanmar. Even though there is no censor board for the media at present, the journalists in the county have t be extra careful while reporting hard issue relating to corruptions in high places and non-governance in the nascent democracy.

Putting lights on the poor healthcare condition in the government run hospitals, the outspoken activist however informed that various private parties have come up with affordable medical facilities. Millions of common Burmese in the poverty stricken country are still deprive of necessary healthcare accesses. Mentioning about Thailand government’s special packages for visiting Burmese patients, Ms Debbie commented that private hospitals in eastern India can also supports those needy patients with specific policies adopted by New Delhi.

26 Apr 2008 - 9:16pm | editor
Cocks seen in action during the cock fight, organized on the occasion of 136th anniversary celebration of Dhemaji Gohain Gaon Rongali Sanmilon at Dhemaji on 26-04-08. Pix by UB Photos.

5 Mar 2012 - 3:21am | editor
Normal functionings at the Lepetkota gas cracker project have come to a grinding halt following the workers protest over the CISF firing where one worker died and three others injured. A high...