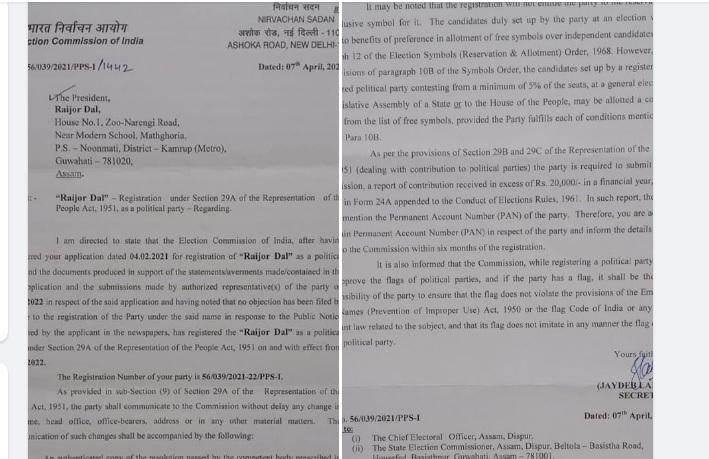 Raijor Dal,  floated in 2020, has finally received the Election Commission of India (ECI) registration. The party won one seat in the 2021 Assam assembly elections contesting the majority constituancies. Akhil Gogoi, the former leader of the Krishak Mukti Sangram Samity (KMSS) is the lone MLA party which has been trying hard to become a formidable ginger group in the state political arena.

Informing that Raijor Dal had received the ECI's registration, one of its vociferous leaders Gyanasree Bora urged the party workers to do more hard work so that the party's strength could be increased. She also stressed the need for the party's funding collection. “ Finally, our party has received the ECI's registration.  We have received the ECI letter informing this today. We applied for it in February, 2021. We now pledge to do more hard work for the party," Bora said, adding that everyone associated with the party should also work for strengthening the party's organisation. She also congratulated party workers on the occasion.