As part of an international webinar series on different facets of Sankaradeva Studies, organized by the Society for Srimanta Sankaradeva in association with Naamghar Association of America, USA (NAAM), the fourth webinar was held on March 13, 2022. Dr Binoy K Bordoloi, a prominent biotechnologist and chairman of NAAM, spoke about Christianity and Eka-Sarana Nama Dharma. It was moderated by Dr Sanjib Kumar Borkakoti, author and scholar of Sankari culture and president of the Society for Srimanta Sankaradeva.

Dr Binoy K Bordoloi began by explaining the essential elements of Eka Sarana Nama Dharma as well as Christianity. He also gave a brief idea of the Bhakti movement in India, making comparisons between Christian monasteries and the Sattras of Eka Sarana Nama Dharma founded in the legacy of saint Srimanta Sankaradeva. Dr Bordoloi discussed the organisational structure, economic sources for living, and cultural activities of both institutions. He referred to the Sattras of Majuli in this context and also showed a video of Sattradhikar visiting USA.

Dr Sanjib Kumar Borkakoti, in his comments, said that monotheism and the absence of idolatry mark two major similarities between Eka Sarana Nama Dharma and Christianity. Pointing to the huge scope of comparative study between the two religious orders, he rued that Eka Sarana Nama Dharma is still not much known in global level.

26 Sep 2008 - 2:11pm | editor
The Shillong police have apprehended the person, who allegedly sent a death threat via e-mail to senior BJP leader L K Advani. The man whose name is reported to be Moin-ul-Haq belongs to Shillong.... 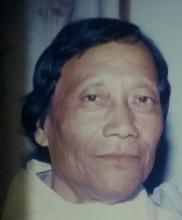 20 Oct 2017 - 9:58am | SK Hasan
Veteran Congress leader in Nazira Tonkeshwar Saikia breath his last at his own residence of Nazira Simaluguri on Thursday. He was 81 and survived by his wife, two sons and one daughter. Saikia...