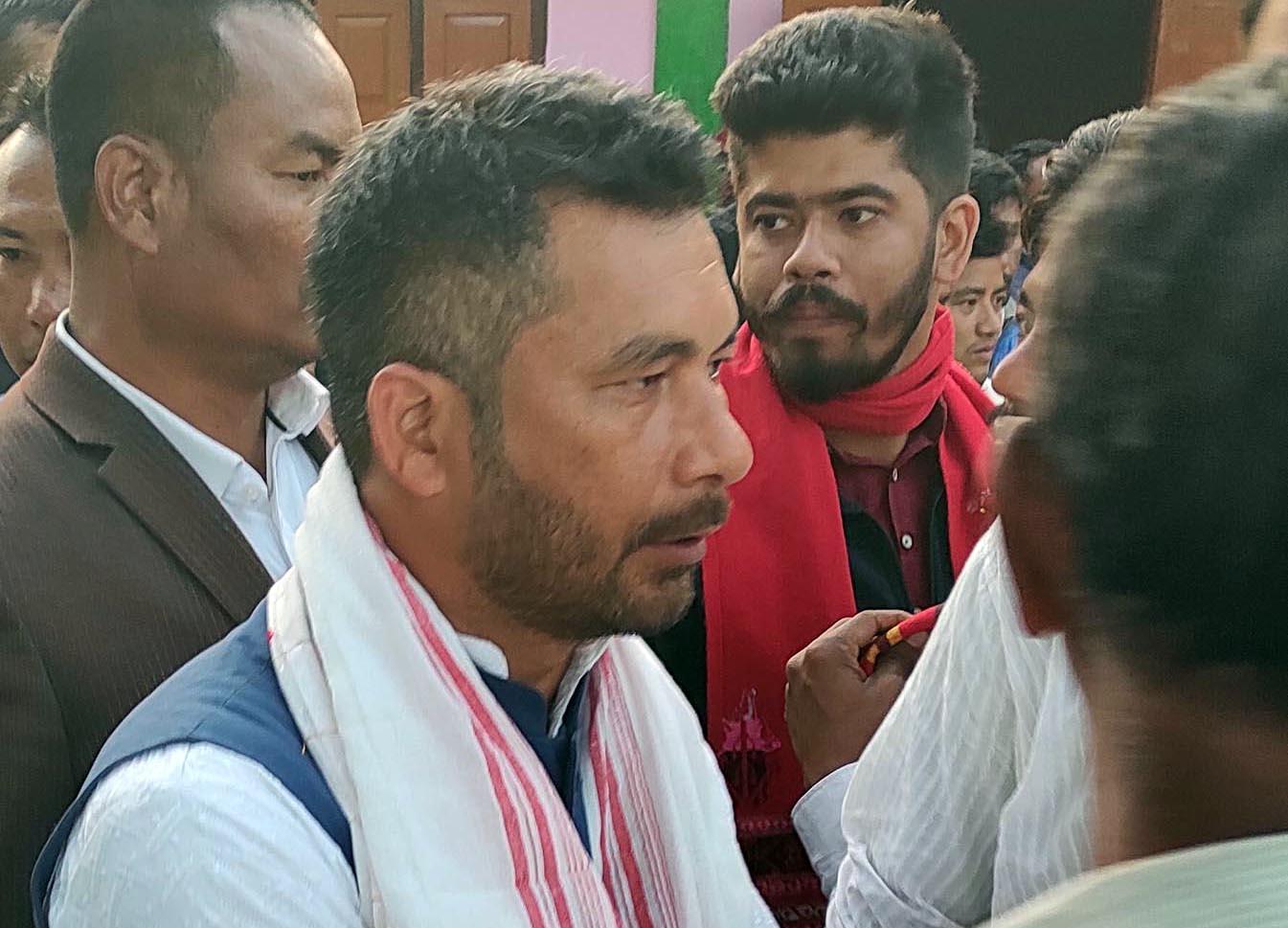 Majuli: A straight fight between ruling and opposition awaits Majuli in the assembly by polls slated for March 7. The fight is believed to be a tough one if one goes through the electioneering heat and dust that gathers momentum with rallies and road shows on every passing day on the largest river island on the planet.

With Bhuban Gam, the ruling BJP is all out to retain the seat, hardly a year after Sarbananda Sonowal won the seat as Chief Minister. As many as 7 ministers and MLAs are campaigning for Gam, who is known for his close association with Sonowal, the Union minister. “It’s a matter of prestige for BJP. Sonowal was elected twice and took oath as Chief Minister in 2016. In 2021 he was elected but only to be inducted as Union minister,” said a BJP leader who is working round the clock to ensure the party’s by poll victory.

The Opposition camp is also going all out against BJP with Chittaranjan Basumatary as the consensus candidate. Congress left the seat for AJP as the arrangement was fixed during the last assembly polls. Raijor Dal, CPI, CPM have also supported Basumatary, a resident of Dhemaji who was defeated at the hands of Ranoj Pegu by a narrow margin of votes.

But simmering resentment among a section of BJP workers might benefit the AJP candidate if the sources are to be believed. Gam, was not a natural choice for a section of party leaders and workers who wanted Pradan Baruah as the candidate. But that did not happen.

“We are open to help AJP candidate. BJP must be defeated. This is what we want to show,” said Raijor Dal MLA from Sivasagar, Akhil Gogoi.

Congress president Bhupen Bora said, ”we will use all might to help our consensus candidate win Majuli seat. Let the pride of BJP be washed away. We have left the seat to AJP as per our earlier arrangement.”

Nearly a dozen Congress leaders are camping on the river island to run the show. “The people of Majuli are very wise. They are well aware of what BJP has done after they elected the Chief Minister from this constituency. They have realized it and have reposed faith in us. Let the Opposition unity begin from this constituency,” said AJP president Lurinjyoti Gogoi.

Polling is slated to begin on March 7 while the counting will take place on March 10. The bypoll was necessited after Sarbananda Sonowal was elected to the Rajya Sabha after he was inducted into the Union cabinet in July last year.

6 Jun 2007 - 5:30am | editor
Have corporates been able to connect right with campuses? The answer is, No. Acooroding to Mr Madan Padaki, Co-founder and Director, MeritTrac Services, a skills assessment firm, it has not been...