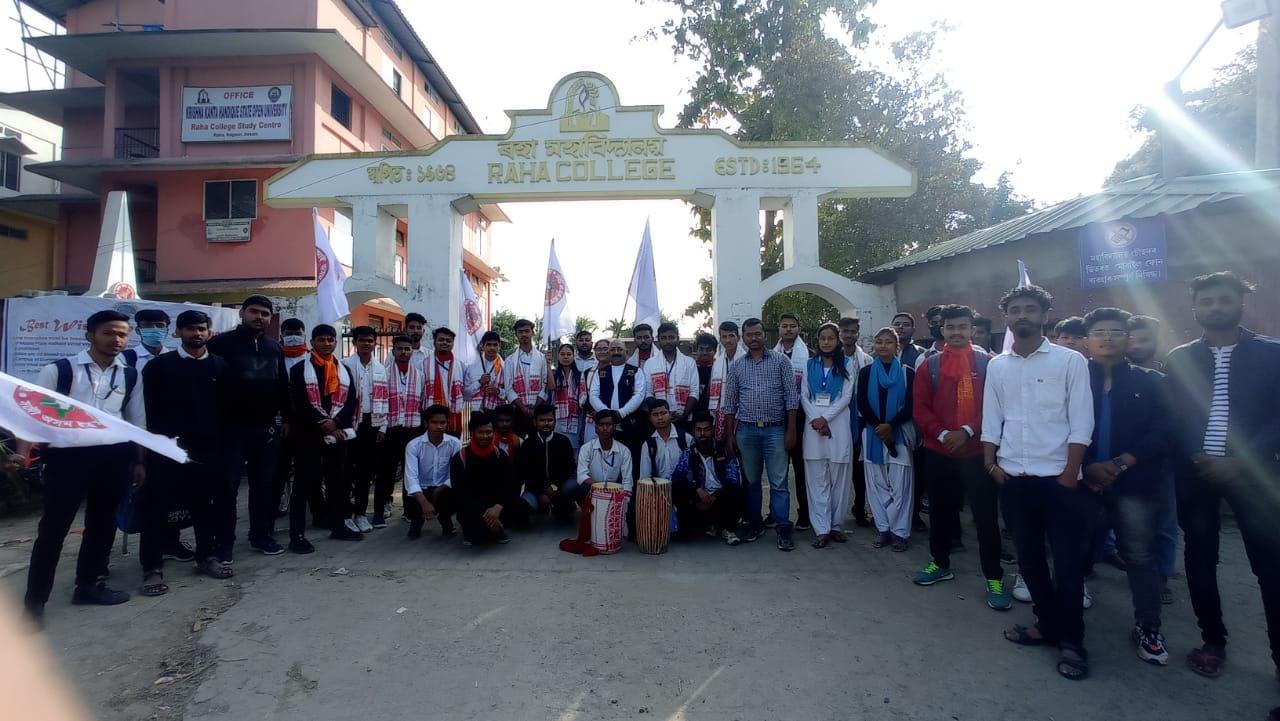 RAHA:  The candidates of the All Assam Students' Union (AASU) claimed a sweeping victory in the students' union election held at Raha  college today.

The other two seats were also occupied by AASU candidates Arup Das and  Ankur Hira respectively.

10 Dec 2017 - 6:54am | Nikhil Mundra
HOJAI: The police in Hojai have stepped up operations to rescue a minor boy who has gone missing from the town two days back. The incident took place on Friday even where Yashir Ahmed Talukdar from...