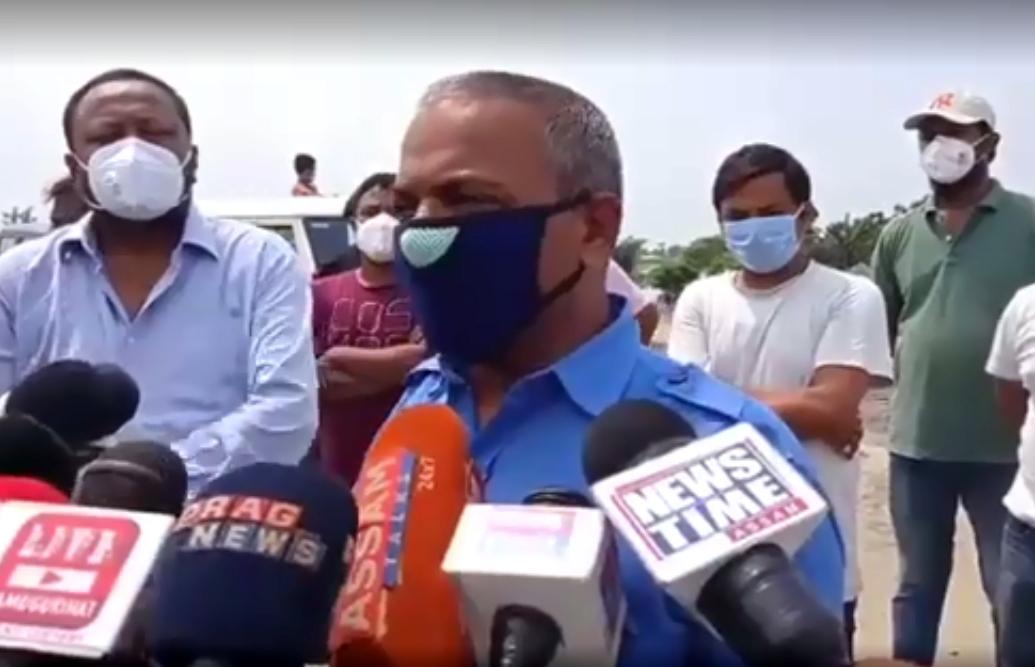 Tezpur: After Padma Hazarika, now it's turn for Mrinal Hazarika to wage a war against the illegal settlers.

Talking to reporters in Sootea where a group of police and civil officials sustained injury at an attack by illegal settlers recently, the BJP MLA from Khomtai alleged a nefarious attempt to overpower the indigenous people.

"But how theses illegal settlers could attack police officers on eviction duty?  This is because of a section pressure groups who have been aiding and abetting these people, "said Saikia.

He fully supported Padma Hazarika for his stand against the illegal settlers. He said, "Tezpur now looks different. Now rows of small huts on the National Highway leading to Tezpur town will disrupt the genuine demographic set up in near future."

Saikia further slammed the opposition Congress and accused the party leaders of shouting in support of Pakistan as they speak in state assembly.

"Who is the opposition?  There are only to camps---Hindustani supporters and Pakistan supporters. One would get to see these once one comes to see the assembly proceedings, ".

A group of illegal settlers attacked a joint team of police and civil officials during an eviction drive at Chokighat area leaving at least 12 injured.

16 Oct 2015 - 7:28pm | Siddhartha Handique
A pall of gloom descends in the Debraj Roy College premises in Golaghat after an employee committed suicide on Friday. He was Sanjay Adhyapak who committed suicide by hanging himself inside the...

2 May 2017 - 8:15pm | AT News
Amid an aroused controversy over the cut off year to detect and deport the immigrants from Assam, cabinet minister Himanta Biswa Sarma said the lives of 900 people could have been spared had the...

8 Jun 2017 - 10:14am | AT News
A special court in Guwahati has allowed Dibrugarh police probing the APSC to extract specimen signature of a deputy superintendent of police to ascertain the allegations against him. The police team...