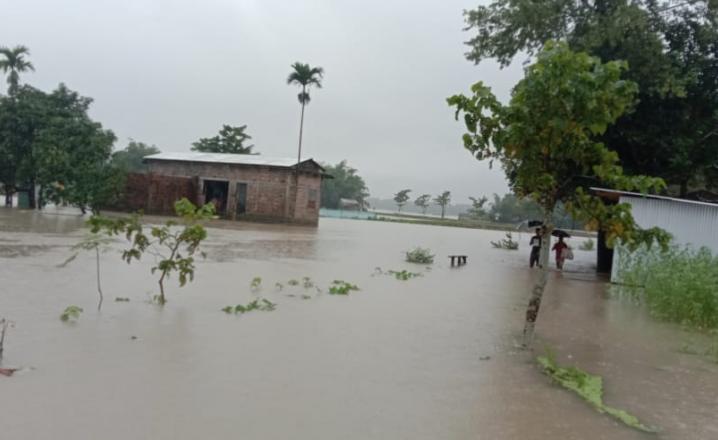 Growing up in Assam was different in a lot of ways. It was far removed from the concept of the concrete jungle in many ways, one could see green hillocks from their houses, the sheer joy of draping a mekhela sador didn’t in anyway pale in comparison to wearing a saree. As a child, every year had a pattern. During monsoons, I would go to the porch and look at the rising water levels, slowly each step of the stair leading to the entrance of the house would be submerged before water gushed into our houses. It had become a norm for families to anticipate floods and move to the first floor of their homes.
But that was for the privileged, for people who had a first floor. Rakhi didi, our help then would come and stay with us and she would often be teary-eyed throughout the period. As I grew up, I realised Rakhi didi built her life from scratch every time the floods hit us. As did most of the residents of Assam.

To give a little bit of background, Assam is a state in the north-eastern part of the Indian sub-continent, full of fertile land and lush greeneries which is brought to life by the mighty Brahmaputra. The tributaries of Brahmaputra and Barak provide ample water resources, the dense forests are home to valuable natural resources and the state is home to the famous one-horned Rhinoceros found in Kaziranga National Park. It would be safe to say that nature has blessed Assam abundantly in every manner possible, however, the boon sometimes turns into a bane. Out of 33 districts, every year 28 districts are devastated by floods which cause tremendous damage to lives and livelihoods. With 98.4% of land in rural areas and 86% of the state’s population residing there, the effects of the flood are devastating to the rural economy which is often recovering from the after-effects of floods every year, which leaves little scope for desirable growth.

The flood control activities in Assam started mainly after the announcement of the National Water Policy, which was in 1987. Before which, the Government of India had announced a National Policy on Floods in 1954. Following on the footprints of the National Policy on Floods, the government also ideally wanted to follow the three-phase policy to mitigate the disaster, namely – i) The immediate measure ii) The short term measure and the most crucial iii) The long term measure. However, no long term measures have been implemented so far to mitigate the disaster which shakes the foundations of the State each year.

One might be curious to find out how and why has the state government failed to address a recurring issue which devastates so many every year and why has there been no improvement or change over the years? Well, if one checks the Legislative Assembly website for Assam, over the last three years from 2017-2019, there were 37 working days in the Assam Legislative Assembly excluding the budget sessions. This brings the working days to an average of 12.34 days per year, an abysmal number for running an entire State. Clearly, the State entities have underworked massively and therefore, it is futile to expect change. In the summer session of 2019, the Opposition boycotted the house following a bitter disagreement with the Speaker’s decision of not indulging in a discussion on the devastating floods prior to the question hour. A total of 27,15,184 people remained affected by the floods in 2019. Interestingly, Assam’s plight has inevitably gone unnoticed each year by the rest of the country, making the residents largely disappointed with the collective apathy towards the State.

If we dial back to a few years, we might remember a controversy that broke out regarding no funds being allocated to Assam from NDRF from 2015-16 to 2017-18, may be due to an accounting error. While the Centre released Rs 100 crores as funds in 2019 to study the calamity and subsequently chalk out a plan to mitigate the disaster in future, the reality of 2020 shows us we are far from lowering the ferocity of the disaster which is ravaging lives in the 22 districts of Assam as I type down. One may easily attribute it to the current government’s inability and boil it down to a party’s failure. What is noteworthy, however, is that over the years what has remained a constant is the poor management and underestimation of the disaster both at the Centre and in the State. A media report from 2013 states that the state government has urged the Centre thrice to declare Assam's flood and erosion problem as a national problem, only to receive no response from the centre. While the State governments have often asserted that the aid from Centre has not been enough to deal with a disaster at this scale, the Union Ministry has often expressed its disappointment about the lack of utilisation of funds by the State. In a report by Assam Government, the State loses a sum of Rs 200 crore on an average annually due to the floods. Agriculture, one of the prime sources of livelihood is effected at large leaving families devastated in rural Assam.

As per the Disaster Management Act 2005 and the Assam Disaster Management Rules 2010, Disaster Management arrangements in the state are based upon partnerships between National, State, District and Local Authority. If any resident of Assam, however, is asked what do they understand by Disaster Management, one would certainly hear fixing the roads with mortar, thereby elevating them all the more and putting the houses on a much lower ground or poorly managed relief camps every year. But is that a sustainable solution? Our experience with floods year after year leaves us with a resounding no.

In the Disaster Management Plan, the first point is to prevent danger or threat of any disaster. The State has explicit instructions on how to mitigate floods and reduce the impact felt by the most vulnerable. The CAG report stated the mismanagement of floods as an institutional failure. The problem of floods in Assam in isolation may look like a disaster which is temporary each year but the truth lies far away from it. In a paper exploring conditions of Assam as home to the devastating floods which strike every year, it was noted that the out-migration from flood-hit areas are tremendous, as Sabira Coelho writes. The government is yet to provide comprehensive data for out-migration, so an accurate number is hard to quote. Just focussing on the island of Majuli, according to government reports, since 1969 approximately 9,566 families have been left homeless due to land erosion.

The floods are known to make land unfertile and leave the population with no choice apart from migrating to cities in search of odd jobs on a daily wage basis. The knee jerk reaction in the aftermath of the calamity to find livelihood and income makes people privy to abuse and exploitation, thereby entangling them in the vicious cycle of poverty and abuse that robs them of their dignity. Of the 88 bills passed in the Legislative Assembly since 2017 to now, out-migration of citizens was barely ever addressed.

The consequences of floods can never be viewed in isolation as the effects of it are far-reaching in the lives of the survivors and it is more important than ever that long term solutions to the recurring disaster are thought of. A report by FEMA recommends that the understanding of managing floods has to change considerably and recommends broad structures that need to be adapted for effective management of the disaster, a few of which are stated below from the report.

I. Modify Susceptibility to Flood Damage and Disruption

II. Modify the Impact of Flooding on Individuals and the Community

It is important to acknowledge that blaming the disaster on climate change every time or previous governments for that matter is not bringing any constructive discussion and therefore work on the table. There is no denying that climate change plays a role here, but it definitely is no whitewash for the lack of implementing effective measures in the long run. If we want to see change, we have to be the change. There are plenty of resources to start working towards a long-term plan, some of which are listed above. Closer home, it would also be interesting to collaborate with the Government of Orissa to understand how have they braved the calamities that have ransacked them over the years and take the learning forward. It’s about time we as citizens demand better and be invested in the growth that we want to see for ourself.

Insightful! And that's some

Permalink Submitted by Nirjara Mahanta on Sat, 01/08/2020 - 21:57
Insightful! And that's some important information for the mass. Thanks!

6 Jan 2009 - 5:42am | Chinmay Chakravarty
Apart from voting to elect governments expecting them to deliver and to reject them if failed common people can hardly do anything else. They cannot enforce implementation. Of course they can do... 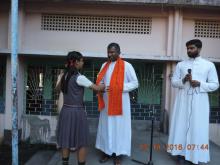 19 Oct 2016 - 11:56am | AT Kokrajhar Bureau
Teacher, staff and the students of St. John's Higher Secondary School, Barama of Baksa district, welcomed Rev.Fr.Selvaraj Ignatius,new principal of the school at a function held at school with... 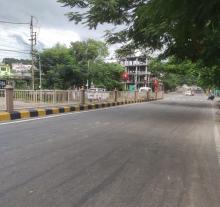 Total lock down for 3 days from Monday

28 Jul 2020 - 1:02pm | Prasenjit Saha
Agartala: Tripura government has decided to impose total lockdown in the state with effect from July 27 as COVID19 positive cases continue to rise in the state. Also, the Tripura state government...