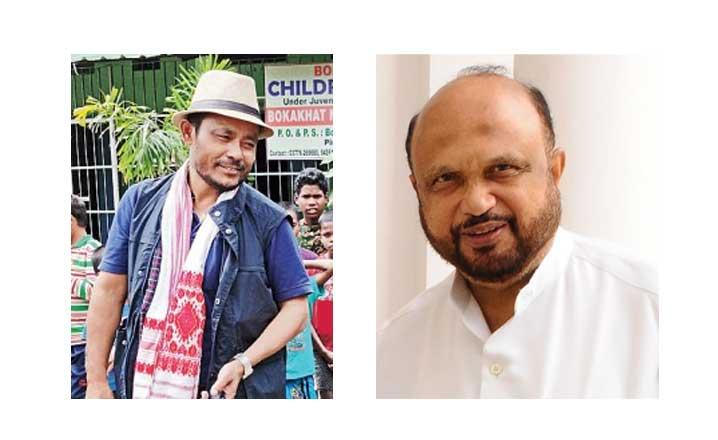 Golaghat: AGP leader and former Chief Minister Prafulla Kumar Mahanta held a closed-door meeting with former Bokakhat independent MLA Jiten Gogoi on Saturday amid speculations of a ventricle split in the regional party before 2021 assembly polls.Accompanied by local AGP Balobhadra Tamuly, Mahanta visited the rebel turned party less politician at the latter's residence in Bokakhat where they held a closed-door meeting for more than one hour. According to sources,  Gogoi agreed to contest the polls independently to ensure the defeat of minister and AGP president Atul Bora who is known to be Mahanta's main rival in the regional party. Both Mahanta and Gogoi said that it was a courtesy visit. But the sources have informed otherwise.Mahanta's meeting with a popular party less politician in Atul Bora 's home turf has given rise to no less speculations of a slew of strategies to beat a section of powerful AGP leaders who played a pivotal role in unseating Mahanta from party presidentship.

28 Feb 2017 - 2:30pm | AT News
The probe into the multi crore social welfare scam seems to have gathered momentum when the investigating sleuths of the anti corruption cell took 6 officials of the department in their custody for...

25 Oct 2012 - 2:57pm | editor
A 5-day-long celebration of North East is going to be held at Dilli Haat, New Delhi on November 1-5. Titled as "Traffic Jam” the event is around the theme of community and unity. During these...

14 Jul 2015 - 11:50am | AT News
BJP workers across the north eastern region thronged Guwahati to hear Amit Shah on Tuesday ten months before the assembly polls in Assam.Convened at the Machkhow ITA, the meeting of the state...