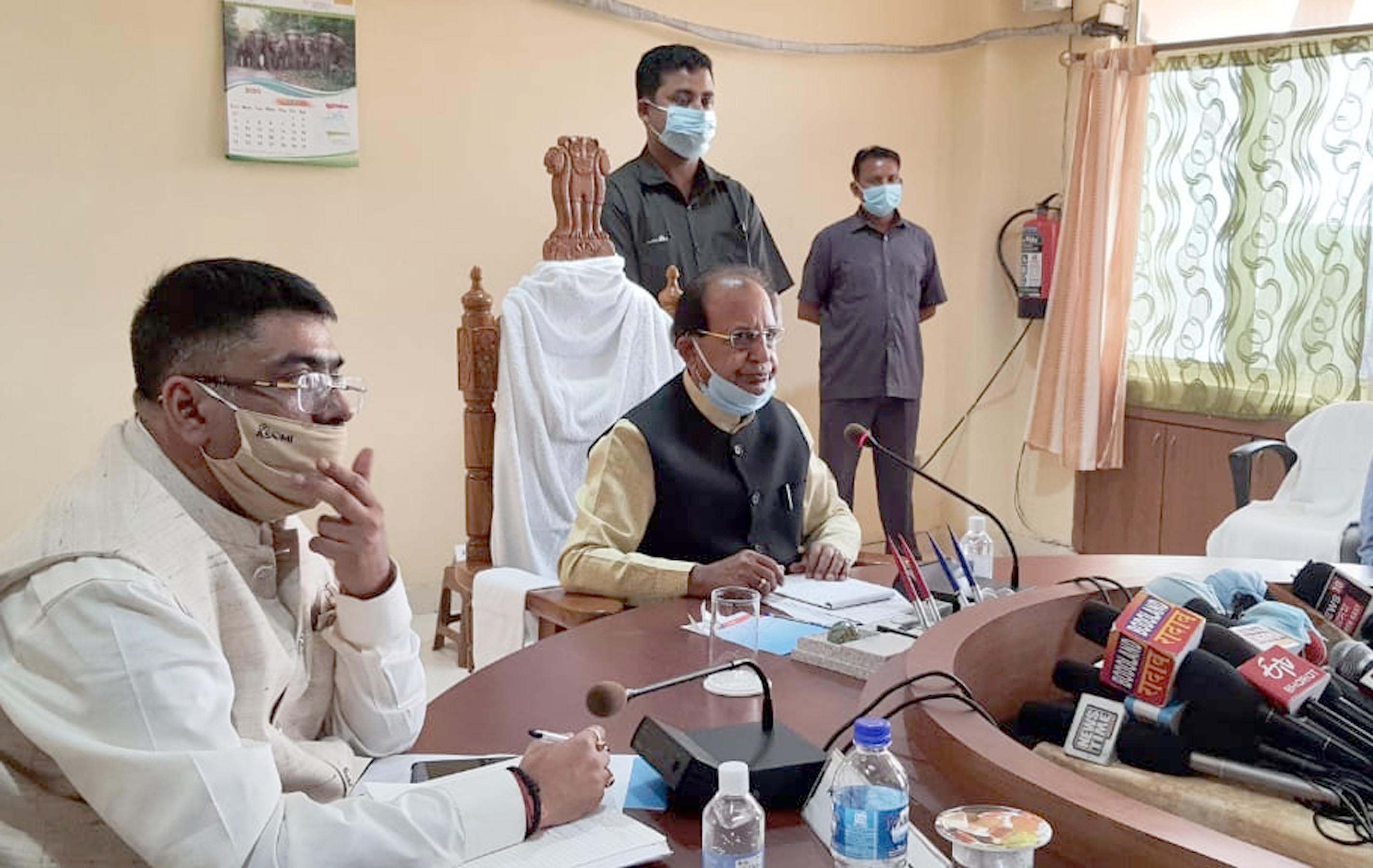 UDALGURI: After assuming charges of the Bodoland Territorial Council (BTC) on April 27, Assam Governor Prof Jagdish Mukhi on Tuesday visited Kokrajhar the headquarters of the BTC where he held a close door meeting with the Adminstrator, Principal Secretary, Deputy Commissioners, Superintendent of Police of the BTAD and  head of security agencies appealed them to work for the 'welfare of the public' and adopt utmost care to avoid laxity in the administrative machinery and thereby ensuring a citizen friendly administration.

Terming the current scenario in view of the global pandemic  an 'extraordinary situation'  he said it is fortunate that the BTAD have reported a single positive case till date he appealed them to work in tandem to keep the virus at bay.

Mukhi exhorted the adminstrative officials to run the BTC administration  on the principal of trident that is listen, respond and act.

Mukhi also appealed them to initiate every possible efforts for a citizen friendly governance by listening to the citizen and taking responsive approach for citizen responsive governance through time bound governance with decisiveness and resoluteness  in action.

On Centre's announcement of Rs. 20 lakh crore  bail out package,Mukhi asked the BTC administration to be prepared to use the part of the package to lend a new lease of life to agriculture and allied sectors.

Mukhi also asked BTC Administration to maintain close link with the people of the Bodo belt  create a favourable situation for holding the General Council polls of the BTC at the earliest.

Mukhi also called on representatives of a number of student bodies and socio-cultural organizations.

Rajya Sabha MP and BPF leader, Biswajit Daimary criticizing the Governor's visit to Kokrajhar dashed off a letter to Home Secretary Government of India,Ajay Kumar Bhalla seeking clarification on the lockdown guidelines
and questioned whether the Governor' visit being a senior citizen is a violation of lockdown rules issued by MHA .

All Bodo Students' Union(ABSU) President,Dipen Boro welcomed Mukhi to the Bodo belt and said," It is an official visit and there must not be any sort of 'nasty politics' over his visit as it is time when the government is fighting the pandemic and mulling packages to revive the economy.

All B.T.C Minority Students' Union(ABMSU) representatives also submitted a memorandum to Mukhi  demanding justice on the day light killing of its former President Lafiqul Islam Ahmed on August 1, 2017 at Titaguri in Kokrajhar district.

The students' body raised suspicion and veracity of doubts on the investigation of the case which was later handed over to Central Bureau of Investigation(C.B.I)  and stated that the perperators of the crime were never brought to book neither the reports of investigations made public. The students' body also highlighted the plight of the religious minorities on the issue of land rights in the council.

31 Aug 2014 - 11:56am | AT News
The CBI team probing the multi-crore Saradha scam is looking for a huge building in Guwahati where the chit fund corp invested several crores of rupees.  According to allegations available with...