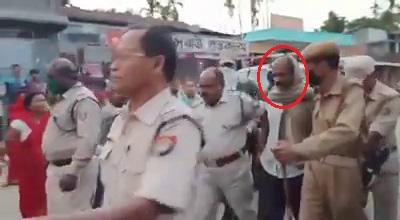 Patharkandi: An uneasy situation is prevailing in Pathorkandhi when a trader allegedly raped a minor girl on Friday. Identified as  Munna Kanu, the 51 old businessman was arrested under mounting pressure by the local residents.

According to information, the incident took place in front of Shibergull MPHS school when the victim went to Kanu for shopping where she was raped in the absence of other customers.

As the victim disclosed the incident,  local residents in large number took out to the streets demanding arrest of the trader who is known to be an influential businessman in the area.

Policemen came and arrested him. But the local residents fear his release by police under mounting pressure from a circle of powerful people.

2 Apr 2016 - 11:12pm | AT Kokrajhar Bureau
Udalguri district administration of Bodoland Territorial Council(BTC) is all set to conduct the scheduled first phase of Assam assembly election for three constituencies slated to be held on April 4...