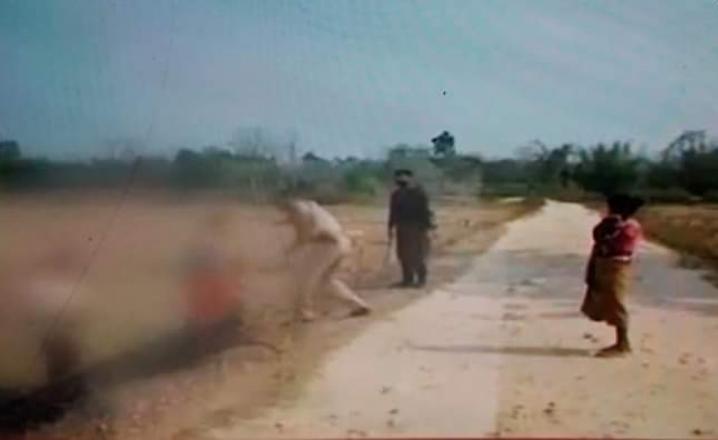 Golaghat: Amid the strict enforcement of nation wide to fight the killer COVID19, the gruesome assault of police on two farming women has triggered no less shock and anger among the local resident.
The incident took place at Bagijan area on Saturday when a group of policemen came to see two women villagers in the paddy fields and mercilessly assaulted them for violating the lock down which is expected to be over by April 15.

" Both the women maintained social distancing and they were alone in the paddy field.  What mistakes they have done to be beaten up so mercilessly," said Lokomoni Saikia, a local housewife.

Balwan Phukan a villager said," since they worked for livelihood and it was not possible for the government to provide food for everybody the policemen could have politely told the duo to leave for home. "

"The women at work were beaten up by male policemen in the absence of women policemen. Chief minister who holds the home portfolio responsible for it saying that the consequences would be dangerous," said Goswami.

Jatin Truly,  a law student called it a clear violation of international law when women were severely assaulted in the absence of women police and urged the legal fraternity and Human Rights organizations to take up the issue with competent authority.

25 Feb 2012 - 3:26am | editor
Two more persons died allegedly because of starvation in a tea garden in Cachar district. The two workers have died at Bhuvan Valley tea garden on February 18 and February 22. This was what the Barak...

All out against Nazrul

29 Sep 2015 - 7:38pm | Mithun Baruah
Margherita AJYCP leaders immersed the effigy of Dr Nazrul Islam on the river Buridehing in protest against the deplorable conditions in the state hospitals. Talking to Assam Times on Tuesday, AJYCP...