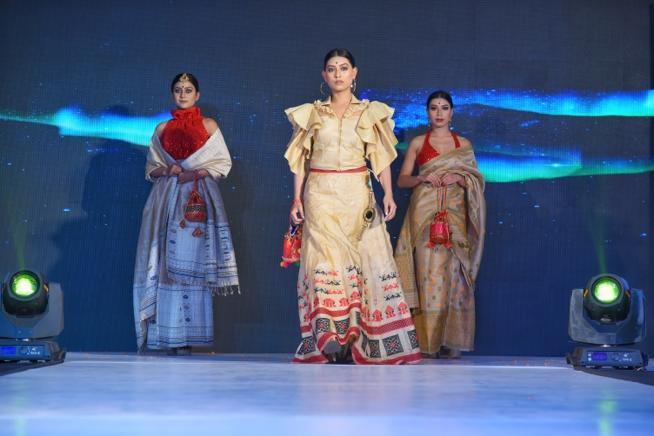 A hugely successful event, Celebrating Eri-Muga & Folk Culture—Assam’s Pride and Passion-Season 2 was organized in Guwahati recently showcasing wide range of trendy Eri and Muga creations keeping in mind the growing market for organic fabrics. Heeya Heritage World-- an NGO— founded to protect and propagate resources of the region like the endemic Muga and also the rights of the indigenous people associated with the Eri-Muga industry has been embarking on its journey for promotion of the organic fabrics. The members of group led by Mitali Boruah Bora, Mubina Ahtar and Jyoti Doley with collaboration from leading citizens and conservationists, have taken up the cause of indigenous weavers, more particularly women, to help in getting a market.

Apart from models walking down the ramp in trendy Eri and Muga creations, the signature event has become a much needed platform to discuss the threats and prospects attached to Assam’s handloom industry as well as a destination for the state’s tradition and culture.

The glittering event hosted by Debajyoti in Novotel in the city displayed various collections by four leading fashion designers from Assam along with performances of ethnic culture like Satriya and Bihu.

Designers Mitali Boruah Bora and Jyoti Doley have deep experience in creating range of traditional Eri and Muga dresses with contemporary look and natural dyes that not only caters to the young generation but appeal to a market outside the state and overseas. They were supported by two much-talented designers from the field Maloti Kropi and Pushpanjali Dutta. The event partnered by the Directorate of Cultural Affairs, Assam, saw some breathtaking beautiful performances by renowned choreographer Uday Shanker and Rakesh Raj Boro in Satriya, Bihu performances in different ethnicities led by Tanvi Sharma, a devotional flute recital by the new talent Dilip Heera followed by a composition “Northeast Trip” in guitar by Akash.

Two Muga growers— Ms Hiramoni Kumai of Gandhi Smarak Nidhi and Bol Bahadur Chetri were felicitated by the organizers for their relentless work in the conservation and propagation of Muga. Both hail from Dimoria in the Kamrup district of Assam. Lauding their efforts, conservationist Mubina Akhtar  said –“ I have travelled length and breadth of the region  to study how extreme weather events have been destroying the silkworms that produce Assam’s famous golden silk. Silk production and weaving are intrinsically associated with indigenous culture of the Brahmaputra Valley. Climate change has posed serious threats to the livelihoods of indigenous people who are often highly reliant on the environment and natural resources. However, the plight of these people is often overlooked. Dying of this culture means livelihood of some millions--particularly women, youth, and indigenous communities—would be at stake in Assam. Heeya Heritage World’s objective is to make the voices of these vulnerable people heard to make a significant difference in policy decisions by bringing grassroots concerns to the notice of policymakers and help in actionable knowledge.”

The nationally-acclaimed actor Moloya Goswami led the lighting of the lamp ceremony along with danseuse Mehranjani Medhi, renowned journalists Pranay Bordoloi and Dileep Chandan, Director Handloom and Textiles Kabita Deka and . Lakhya Konwar, Member-Secretary Student and Youth Welfare who was the chief guest on the occasion hoped that the Chief Minister’s dream project –the Muga Mission would cater to the needs of the Muga growers of the State and help in rejuvenation of the sericulture sector. 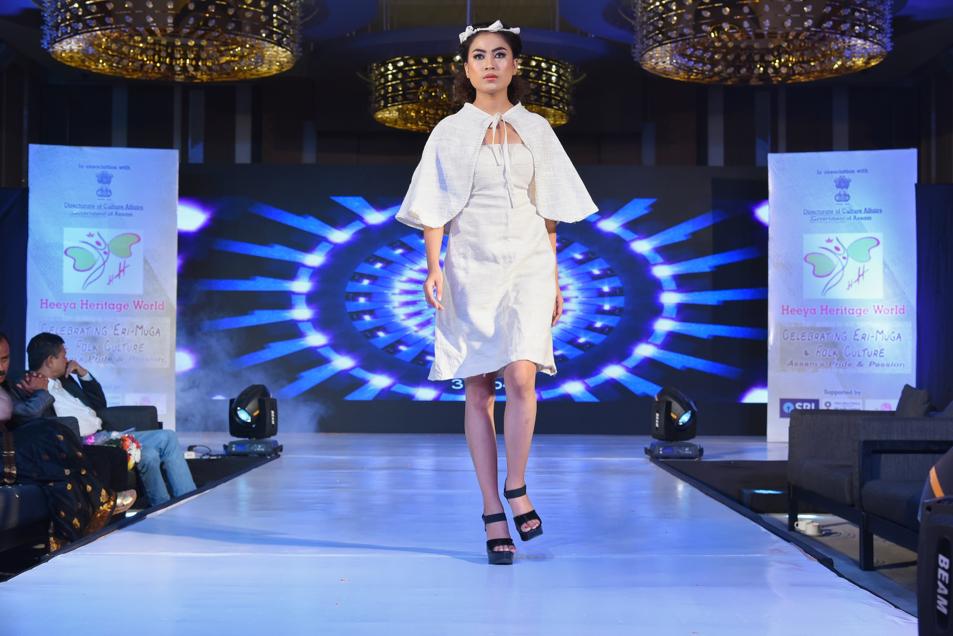 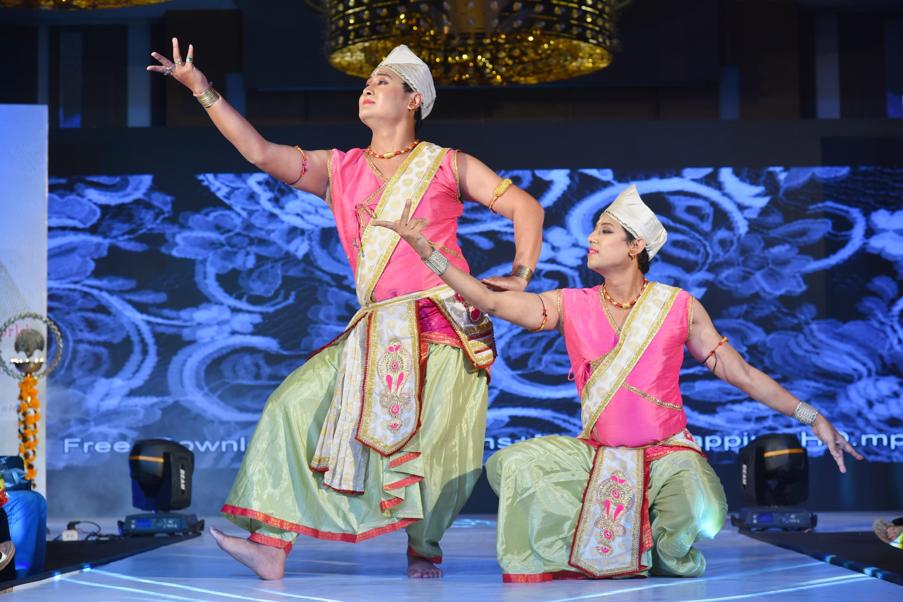 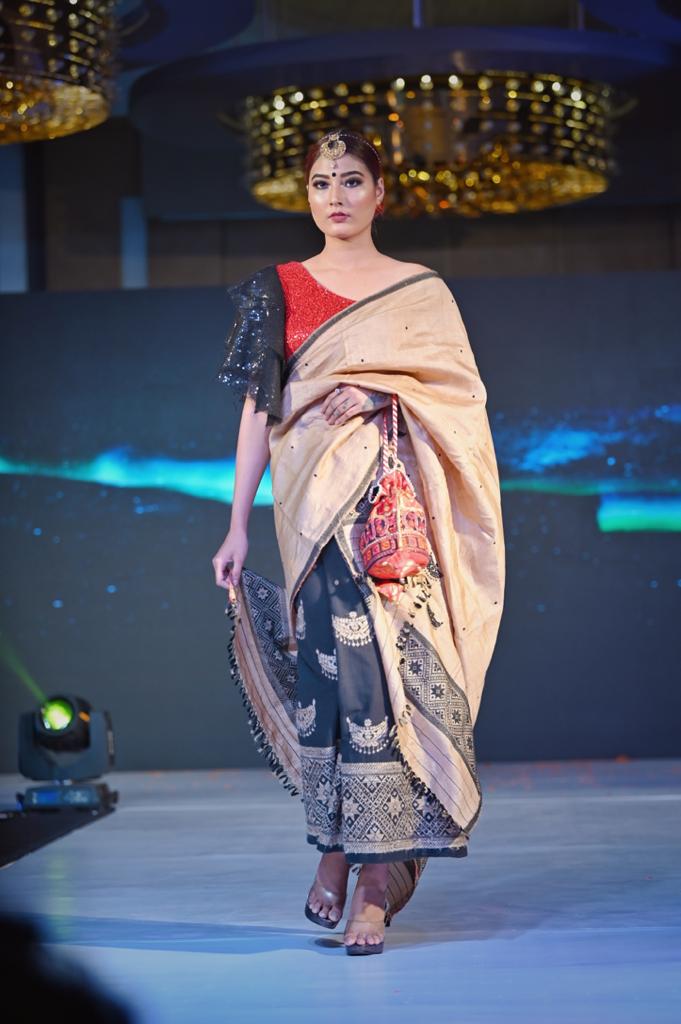 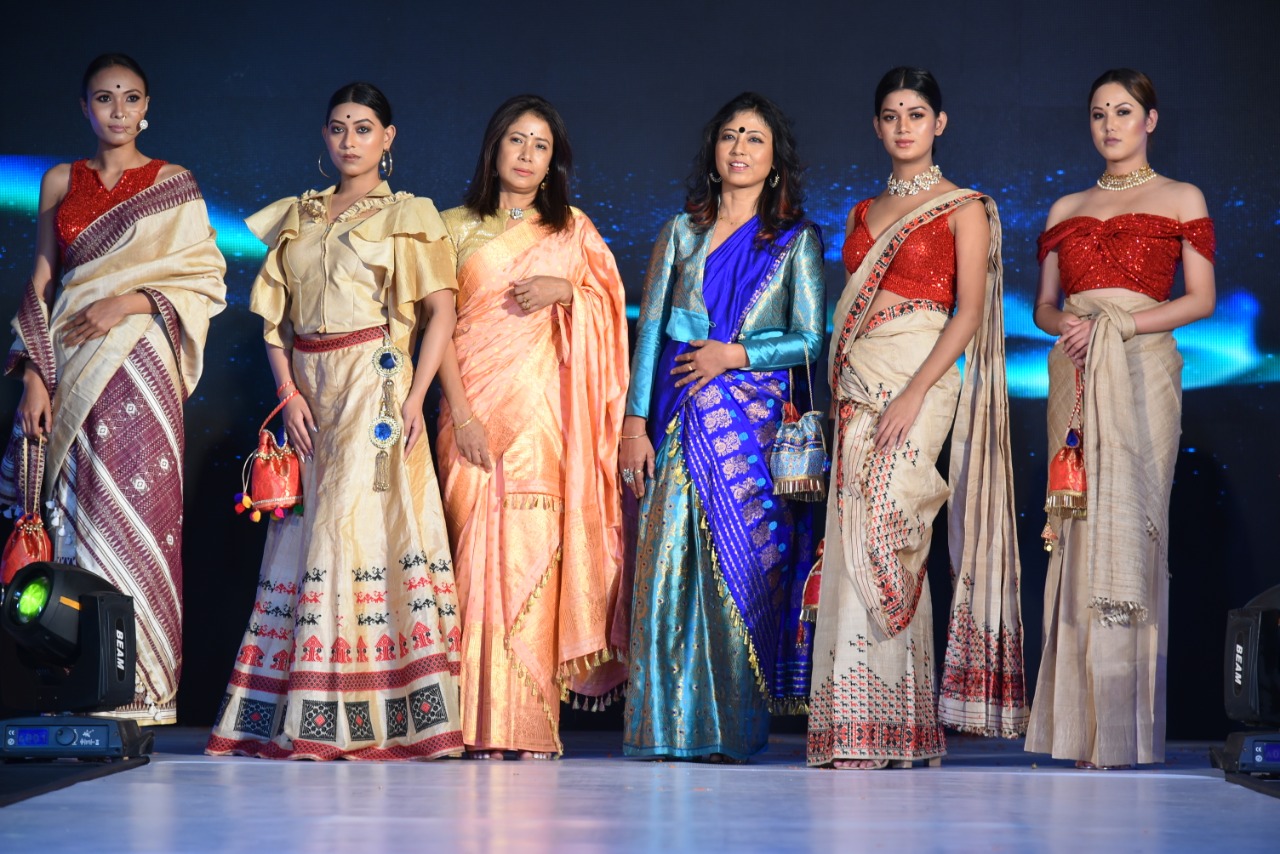 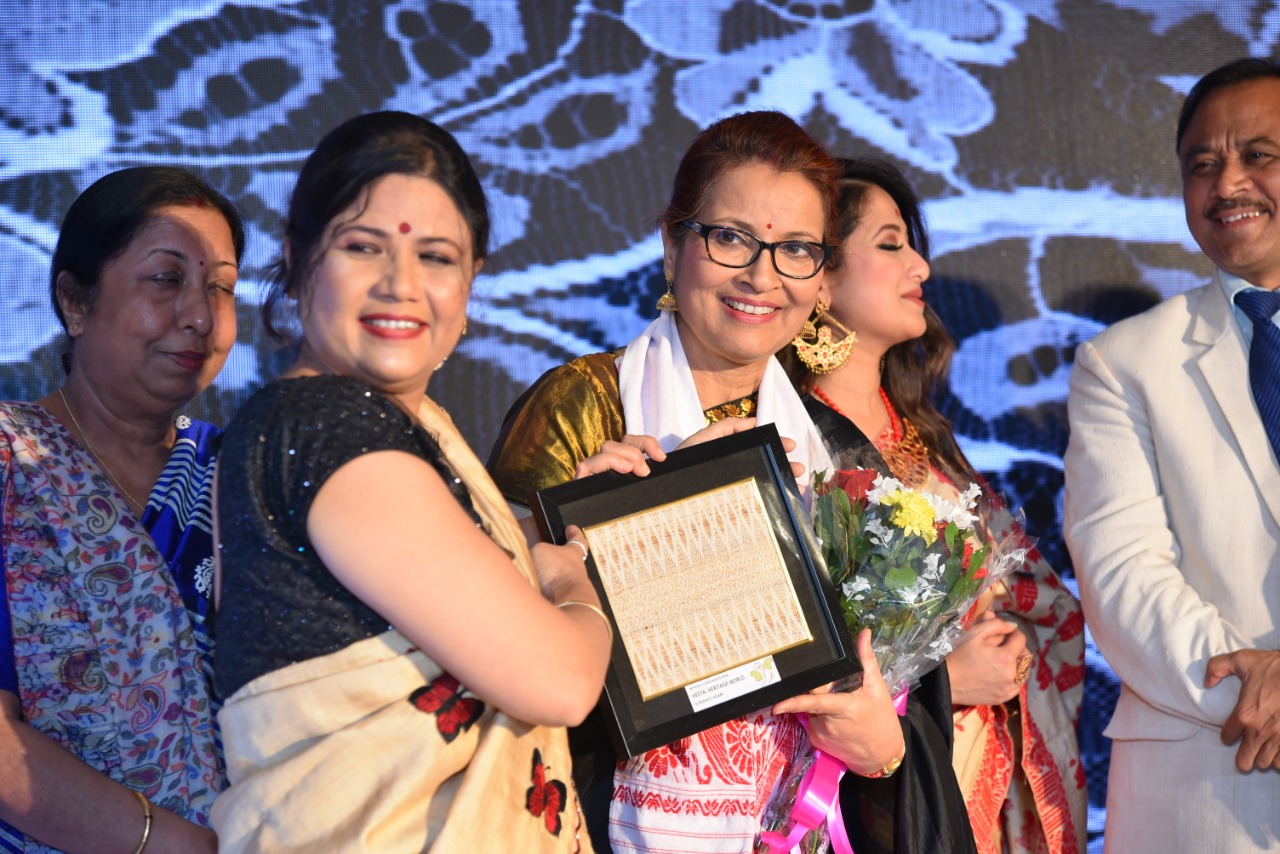 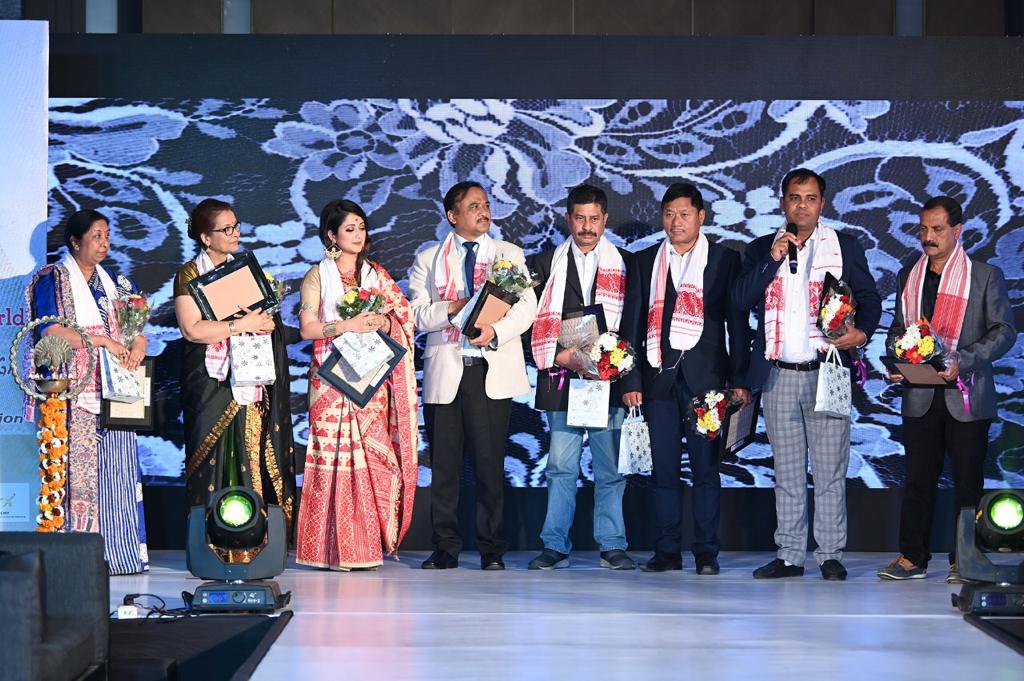 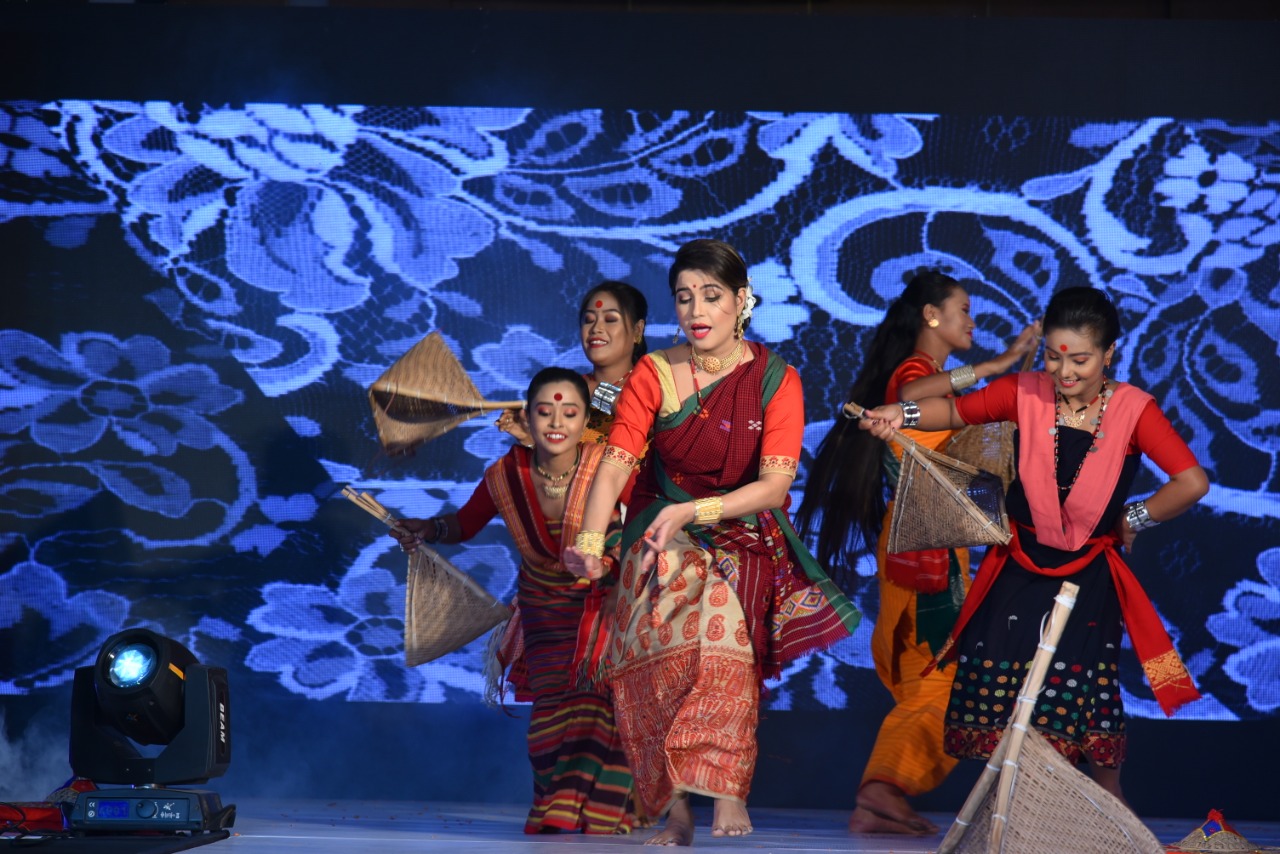 7 May 2020 - 4:05pm | Shajid Khan
The Bodoland People's Front(BPF) party flag with the symbol of plow have become a symbol of protest and unity for BPF party workers and supporters across the Bodoland Territorial Area District(BTAD)...

16 Dec 2014 - 8:29pm | AT News
Chief Minister Tarun Gogoi on Tuesday sharpened attack on Prime Minister Narendra Modi alleging U turn in Bangladeshi and land deal issues.Participating in a debate in the day two of the assembly’s...