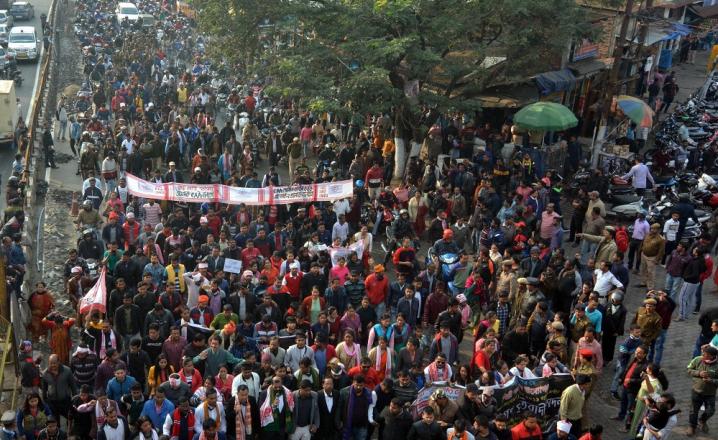 A massive rally under the aegis of the Assam Artists' Society was organised in Guwahati on Sunday against the Citizenship Amendment Act.

Thousands of people besides a huge number of artists gathered at the Sudhakantha Dr. Bhupen Hazarika's memorial at Jalukbari in the city and took part in a protest meet there.

25 Dec 2016 - 11:24am | AT Kokrajhar Bureau
With the view to generating awareness and improve the efficiency of welfare services meant for women, the 16th battalion(Bn) of Sashastra Seema Bal (SSB) Ranighuli organized Beti Bachao, Beti Padhao...

27 Mar 2016 - 6:12pm | AT Kokrajhar Bureau
The different parties and organisations have been become busy in campaigning in support of their candidates in the various districts of the BTAD region including Kokrajhar. BTC executive member...

18 Jul 2015 - 5:06pm | Azlina Khanam
Patriotic citizens of Assam is taking out a protest rally on Sunday to demonstrate their angers against the ULFA (Independent) militants, who have been targeting the unarmed people of Assam for many...