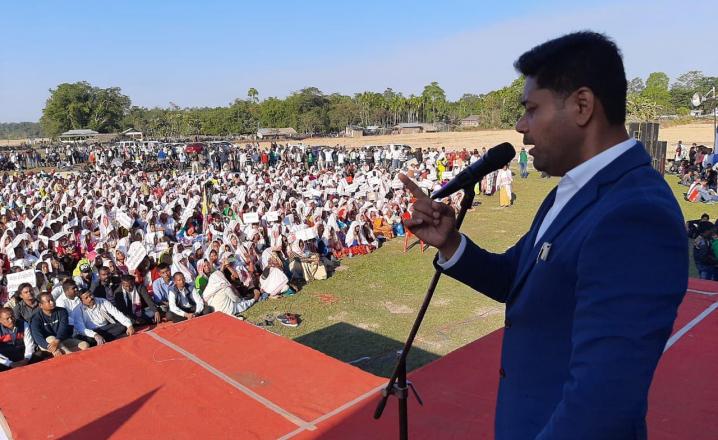 The All Assam Students' Union (AASU) has appealed the people of Assam to pay respect to six anti-CAA martyrs on Wednessday evening by lighting earthen lamp.

The Students' outfit has said, “We appeal all household to light earthen lamp on the evening of January 1, 2020 infront their houses as a mark of respect to the six people who laid their lives for our language, culture and diversity.” On December 12 last six people including an adolscent were shot to death by police in different parts of Guwahati on charges of involving with violent protest.

The AASU, along with several other organisations, has been vehemently protesting against the CAA since 2018.

3 Sep 2012 - 3:27pm | Anup Biswas
A joint operation was carried out on Aug 31 by Army unit based at Maibang and Assam Police personnel of PS Maibang, in village Mongjang near Hajadisa in Dima Hasao District. The operation resulted in...

The Story of Spread of Islam

5 May 2008 - 8:50pm | OmarLutherKing
The Muslims' zeal to defend their faith, right or wrong, is understandable. Let me give a brief historical perspective of the spread of Islam, which will help your esteemed readers to understand the...

6 Mar 2014 - 7:40am | Sunil Khabacha
The influencial Manipur Students’ Federation (MSF) has said the mainland India is ignoring the histories and origin of the North East and demanded inclusion of the same in the national curriculum.“...