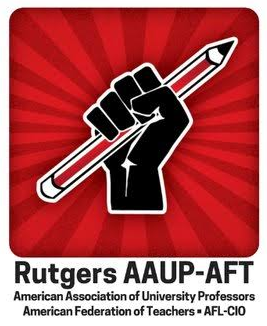 New Jeysey, USA based The Rutgers AAUP-AFT (American Association of University Professors and American Federation of Teachers), has issued a soliderity statement with Student Protesters in India.

The Rutgers AAUP-AFT stands in solidarity with students, faculty, and protesters at Jamia Millia Islamia University, Aligarh Muslim University, and elsewhere across India who are protesting the passing of The Citizenship (Amendment) Bill (now Act) 2019 (CAA). We condemn unjustified police violence against peaceful protesters.

The police have perpetrated violent reprisal against students who have dissented and several students have suffered serious bodily harm. This is a dissent from the newly instituted criterion for citizenship, the CAA which contradicts the secular basis of Indian democracy and the Indian constitution. Citizens across India are protesting the CAA as it is part of a legislative drive to target and isolate Muslims. CAA must be seen in conjunction with the National Register of Citizens (NRC), a proposed nationwide scheme (already ongoing in the state of Assam) that is set to render innumerable citizens of India, and Muslims in particular, stateless.

These measures have come even as the Government of India has kept Kashmir under total lockdown since August 5, 2019. Kashmiris have had no access to internet or free press and have been detained in unknown numbers. And now several other states are locked down under Section 144 that criminalizes protest meetings.

As such, we reject the logic of second-class citizenship and majoritarian rule behind these measures. We support the rights of unhindered free assembly and academic freedom that are fundamental in a democracy, and demand the removal of police from all university campuses. There are protests by students in universities across the length and breadth of the country and we stand with them. 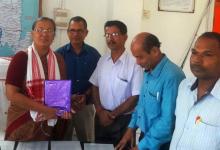 17 Oct 2017 - 5:47pm | AT Staff Reporter
The members of Udalguri District Journalists’ Union (UDJU) bade farewell to Sadhana Hojai, the Deputy Commissioner of Udalguri district at her office here at Udalguri today in a simple function.The...