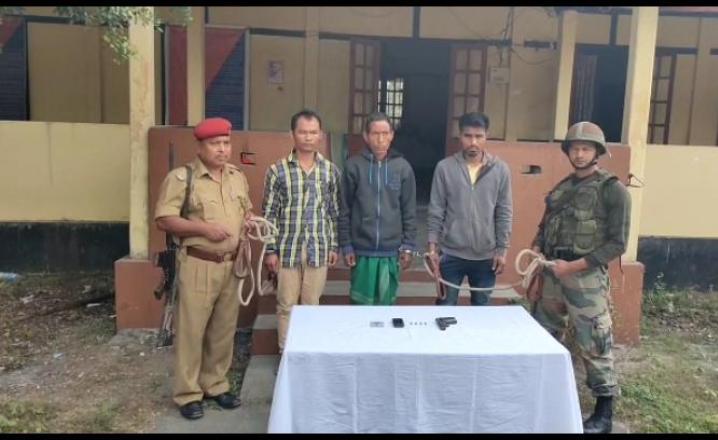 KOKRAJHAR: Security forces apprehended three cadres of the Saoraigwra faction of the National Democratic Front of Boroland (NDFB-S) in the India-Bhutan border area in Chirang district on Monday evening.

According to Police source, based on a specific intelligence about movement of NDFB cadres inside Chirang Reserve forest near Bhutan border in Chiang district, a joint operation was launched at remote Indo-Bhutan border area under Runikhata police station by Indian army, CRPF Cobra Battalion and Chirang police on Monday evening and apprehend three cadres of the NDFB-S along with arms.

A pistol, four live ammunitions, a magazine and a mobile handset was recovered from their possession.

In another place, Bijni police recovered an AK series riffle at Damugaon village under Panbari police outpost in Chirang. Police conducted a search operation at the Damugaon village on Tuesday morning and able to recover the arms with magazine. However, no one was arrested so far for involvment with arms recovery. 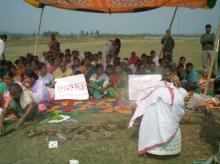 25 Jul 2012 - 4:20am | editor
Hundreds of people representing various minority organizations staged dharna in front of the Assam Bhawan in New Delhi, on Tuesday demanding steps to ensure safety of the minority people in Kokrajhar...

15 Mar 2017 - 8:46am | Shajid Khan
A 3rd APBN Police constable posted at the Panery PS of Udalguri allegedly committed suicide on Tuesday evening at about 8.30 pm by shooting himself in the barrack room. The deceased, identified as 38...