Citizens of Guwahati yesterday demanded that the government declare a Climate Emergency and take strong action to deal with the climate crisis.

Despite the Durga Puja celebrations, activists draped in reds and ‘Phullam gamusas’ gathered at Shhraddhanjali Kanan and marched peacefully to the Central Mall premises.

“The Indian government report at the UNFCCC COP24 had named Assam as the most vulnerable to climate change impacts. Recent studies by IITs and the ICIMOD point to a bleak future for the region with rampant water scarcity and conflicts,” said Rituraj Phukan, Founder of Extinction Rebellion Guwahati and environmental writer with first-hand experience of warming at the polar regions.

At yesterday’s protests, XR Guwahati was joined by activists of the Greta Thunberg led Fridays For Future in demanding protection of the natural ecosystems that sustain life on earth and stop exploitative overutilization of natural resources.

"Our rivers, wetlands, oceans, forests and wildlife are not replaceable," said one activist. They also expressed outrage and grief over the felling of thousands of age-old trees in Aarey, Mumbai.

During the protest, the citizens read out a climate emergency declaration, followed by a symbolic die-in to protest inaction on the climate crisis.

“Extinction Rebellion India called for the Indian Rebellion on the 6th of October and people across the countries have responded by coming out in large numbers to protest, with all chapters expressing their indignation with the felling of ancient trees at Aarey forest,” said Biswajyoti Baruah, Co-Founder of Extinction Rebellion Guwahati.

Extinction Rebellion is a socio –political movement that emerged out of the UK in 2018 and has spread across the globe. XR believes in civil disobedience and nonviolent resistance to compel the government action on climate breakdown, biodiversity loss and the risk of social and ecological collapse. 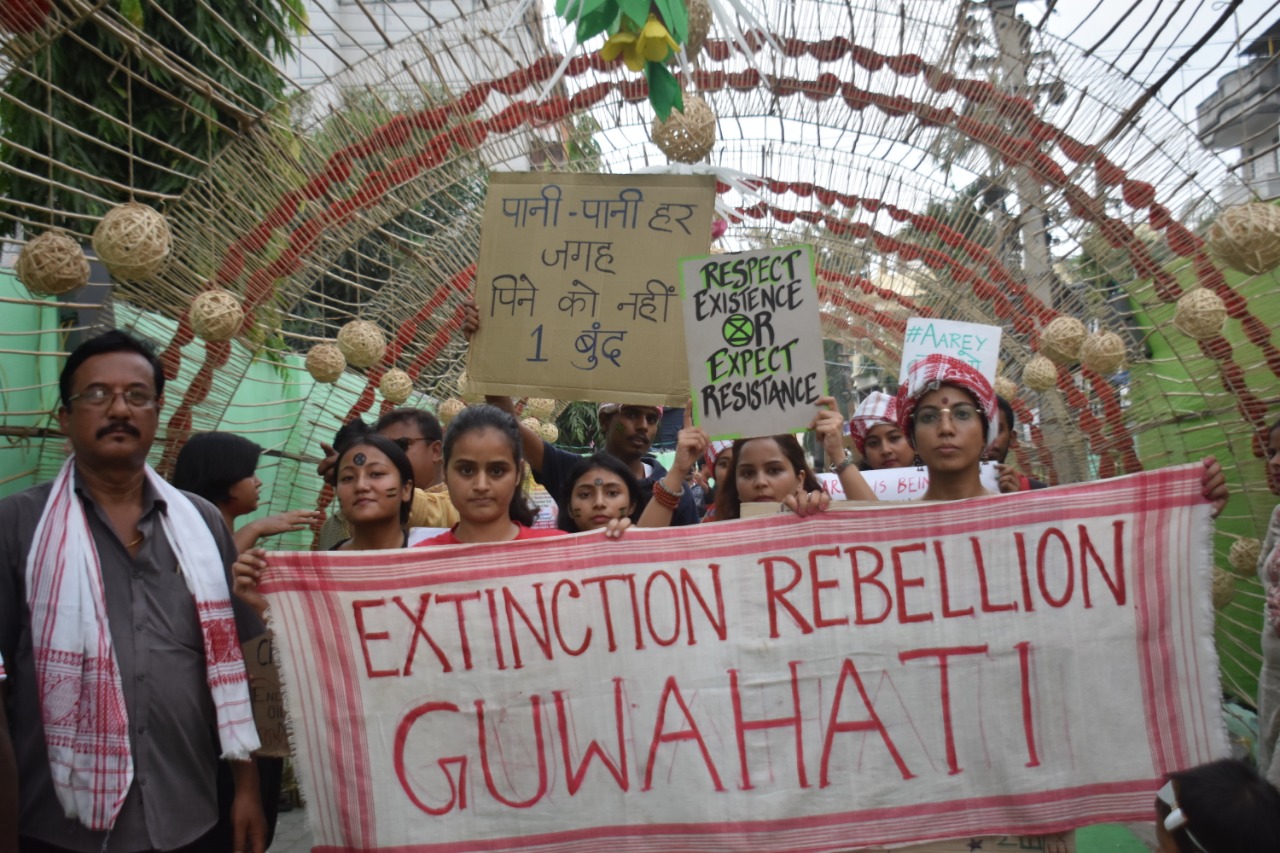 5 Jan 2008 - 3:17am | Daya Nath Singh
The Central government is giving top priority to the development of the Northeastern region, as this region continues to be backward in comparison to other parts of the country even after sixty years...