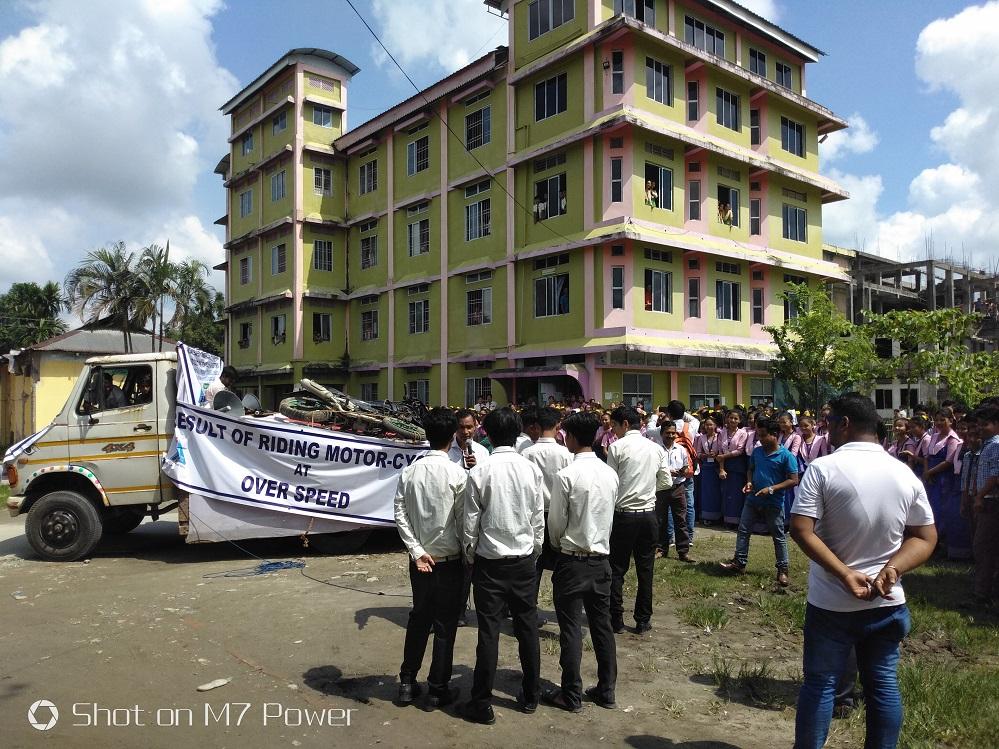 KOKRAJHAR: A road safety awareness proramme was held in Kokrajhar district on Thursday by district transport office (DTO), Kokrajhar to create awareness on accident and traffic control in the district. Students from the different colleges participated at the programme.

As per official records of the DTO Kokrajhar, there were 148 cases of accidents reported and 69 persons dead in Kokrajhar district in 2018 itself.

DTO Kokrajhar Dhajen Basumatary said that the progremme was organised out to create awareness and alertness among the young generation.

21 May 2008 - 1:37am | editor
CPI(ML) leader and former MP Dr Jayanta Rongpi has held the Assam government responsible for the burning situation in the North Cachar hills district and said the Gogoi Government has failed to...

7 Aug 2016 - 9:08pm | AT Kokrajhar Bureau
Chief Minister Sarbananda Sonowal today visited Kokajhar to take stock of the situation arising out of Friday firing at Balajan Tinali market after 48 hours of the incident. Sonowal landed in a...