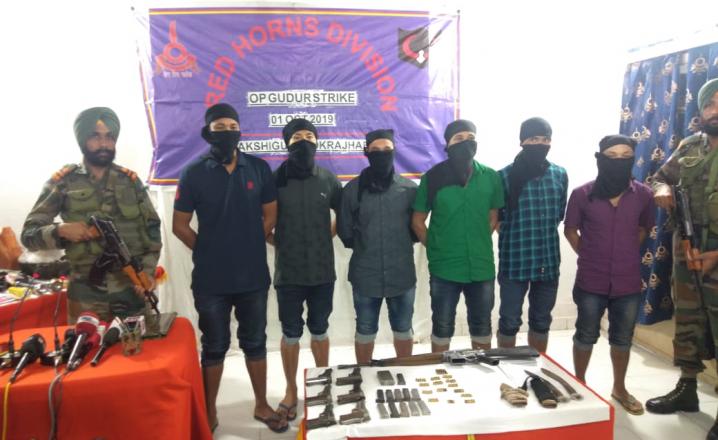 On further questioning, the apprehended cadres revealed the location of a temporary camp site close to the spot of apprehension. The  troops of Red Horns Division immediately moved to the camp site and conducted a thorough search. This led to the recovery of one *M16* Assault Rifle, *six 7.65 mm* Factory Made pistols, twelve magazines, ammunition, medicines, rations, along with several other war like and administrative stores.