NGO pleas to companies to switch to paper

The Udalguri district chapter of Aranya Suraksha Samiti, Asom made a fervent appeal to all the plastic and polythene bags manufacturing companies to convert their manufacturing machines into paper and cloth bag producing machines for the betterment of our environment and this unique step would help the thousands of workers to remain glued in their professions without fears.

The press communique of the nature organisation issued on Saturday by its secretary, Rewati Raman Sapkota further informed that this suggestion of machine conversion was already sent to the Ministry of Industries and the Prime Minister ,Narendra Modi so that it could take steps instantly relieving the thousands of workers and industries from being jobless.

The Udalguri district chapter of  Aranya Suraksha Samiti, Asom has  also hailed Union government's decision to make India totally plastic free nation and appealed to the government to suggest the concerned plastic and polythene bags manufacturing industries to take up the conversion of their machines to manufacture eco friendly bio degradable paper and cloth bags. 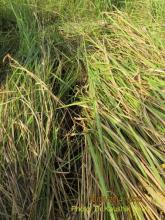 Survey of grassland species in Manas

24 Mar 2014 - 12:13am | Sonali Ghosh
The conservation community in Assam have now several reasons to cheer. A survey for grassland species was recently conducted from 18th to 22nd March, 2014 at Manas National Park. The specific targets...

20 Jun 2010 - 4:04am | Paresh Baishya
Paresh Baishya Foundation will organize a motivational programme for the unsuccessful students in the last HSLC examination at Guwahati Press Club on June 26 at 3 pm. RadhikaMohan Bhagabati, eminent...