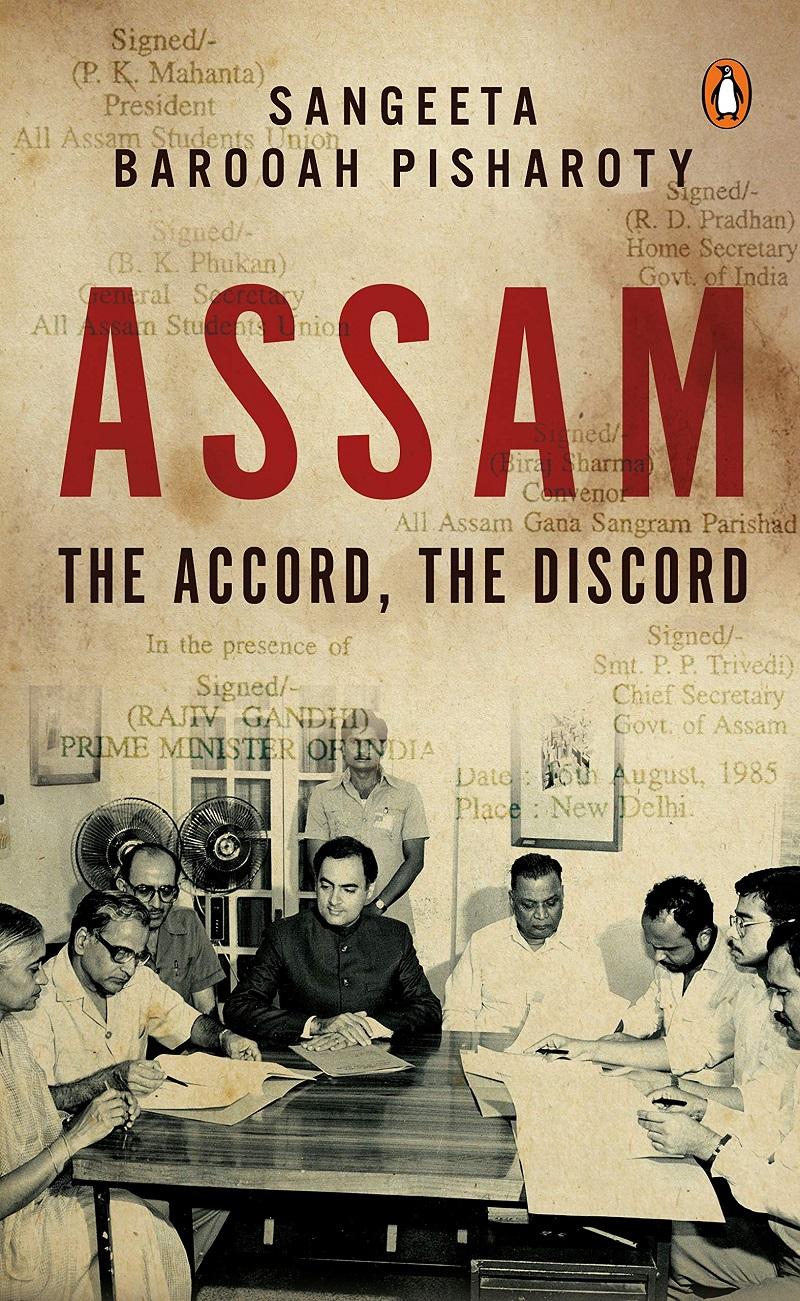 The Asam Agitation which started in 1979 and ended with The Assam Accord in 1985, is a major timeline of history of Assam.

The Assam Accord, which sought to end a six-year-long agitation against illegal immigrants in Assam, was signed between members of the All Assam Students Union (AASU), and state and central governments just a few hours before Rajiv Gandhi was to deliver the Independence Day address in 1985. Immediately afterwards, the student leaders were catapulted from their hostel rooms into the corridors of power. Their party, the Asom Gana Parishad (AGP), was voted to power the same year, with Prafulla Kumar Mahanta becoming the youngest ever chief minister of an Indian state.
.

Key clauses of the Assam Accord remained unimplemented during Mahanta's often controversial tenures (1985-1990, 1996-2001), and through three terms of Congress rule, which ended with the BJP's victory in the state in 2016. Central to the Accord was deportation of those who could not prove their roots in India prior to 24 March 1971. In 2015, the process of updating the National Register of Citizens (NRC) based on the 1971 cut-off of the Accord began. The first list was released in December 2017, and did not include 14 million names.

Assam: The Accord, The Discord authored by journalist Sangeeta Barooah Pisharoty looks at the making of the Assam Accord and its long shadow on the state, through political gamesmanship between principle players, periods of ULFA and Bodo militancies, and right-wing propaganda that has split the state along communal lines.

Order the book from Amazon.

12 May 2014 - 8:31pm | AT News
Senior Congress leader and MLA Anjan Dutta on Monday dared dissident ministers and parliamentary secretaries to quit immediately.Addressing a press conference in Sivasagar, Dutta said that those who...

17 Oct 2015 - 8:01am | AT News Dimapur
Amid the confabulation of the Naga peace move, NSCN (K) has asked a section of ministers and MLAs to refrain from forcing them to toe the line of a particular political party. In a recent...

Theft at Ganesh temple in Dispur

14 Jun 2012 - 6:26pm | editor
Heavy presence of security forces seems to have proved a futile effort to ensure safety and security of the people. Valuable properties worth Rs 5 lakh was looted from the Ganesh temple by thieves...