Guwahati: Chennai based exert on Sri Lankan affairs, N Sathiya Moorthy will interact with Guwahati scribes tomorrow (Monday, 29 April) at 3 pm where he is expected to highlight the socio-political background of the island nation and also the implication of Colombo terror attacks for India as a whole.

A former journalist and presently a senior fellow & Chennai chapter director of Observer Research Foundation (www.orfonline.org), Sathiya Moorthy will be available to members of Guwahati Press Club through video-conferencing.

Sathiya Moorthy has developed expertise on Indian politics, elections, public affairs along with political affairs of Maldives and Sri Lanka. After writing weekly columns on Sri Lankan politics and society for Colombo-based Daily Mirror and The Sunday Leader, now he contributes analytical pieces to the Ceylon Today and the Colombo Gazette. He also worked as the editorial consultant/chief news editor of the trilingual Sri Lankan television group MTV, Shakti TV and Sirasa. Moreover he authored/edited books on Sri Lanka and contributed chapters on India’s two immediate southern neighbours. 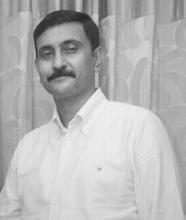 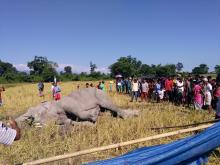