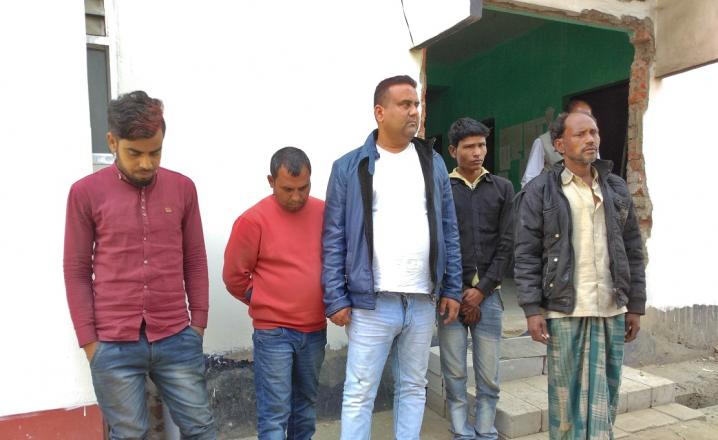 Kokrajhar police arrested five cattle smugglers along with a truck of cows from Karigaon national highway on Thursday morning in Kokrajhar district.

The cattles were illegally brought to South Salmara from Dinajpur Sonapur of West Bengal in a truck, bearing registration AS01GC-2244.

7 Jan 2022 - 7:25pm | AT News
Natural disasters like floods are devastating. Women are the worst sufferers during disasters. The impact of flooding on health varies among populations and depends primarily on vulnerability and the...

5 May 2013 - 11:02am | AT News
Sensation prevails in Bijni after security forces recovered two bombs on Sunday.The powerful bombs were seized in front of the ABSU office in the heart of Bijni township in the wee hours. But it took...