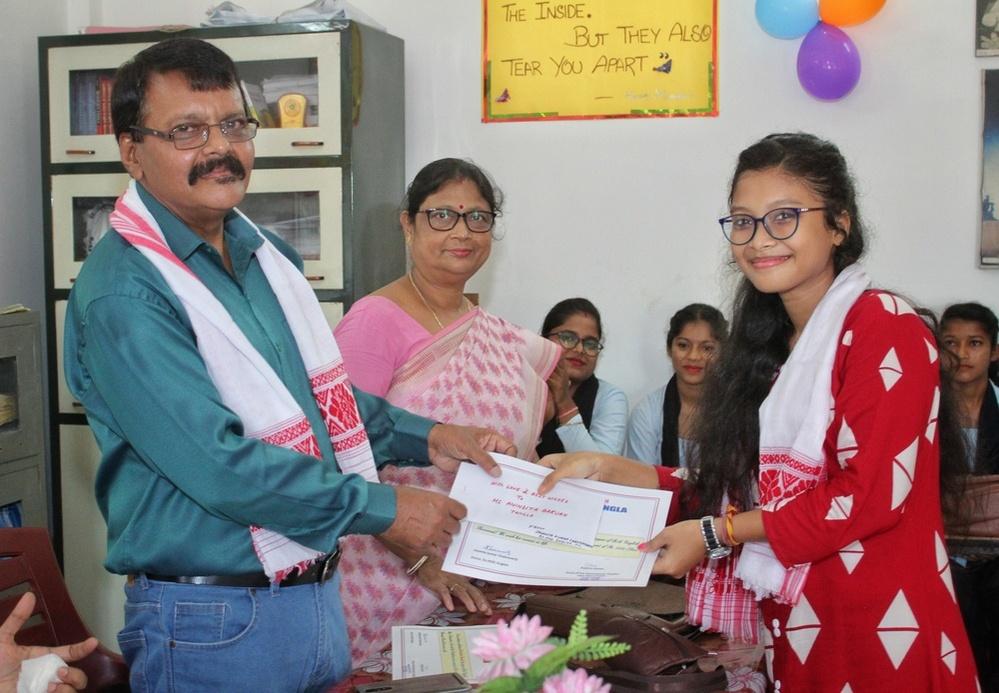 TANGLA: In an unique initiative to encourage the students excel in their examination,noted Assamese short story writer and former HoD of English,Tangla College,Jayanta Kumar Chakravarty offered a certificate of appreciation and cash reward of  Rs.5000 to the 2015-2018 batch English department topper,of the college,Anindita Baruah along with feting her with a phulam bihuwan at a ceremonious event held in the department of Tangla College at Tangla in Udalguri on Saturday. HoD of English,Prof. Subhra Ghosh presided ovee the event which was attended by Vice-Principal of the college,Dr. Anjali Chakravarty along with the other teachers and students.Speaking on the ocassion Jayanta Kumar Chakravarty exhorted the student for bridging the student-teacher communication gap. He also asked the students to pursue their subjects not only to secure good marks but also gain knowledge and encouraged them to excel . "Students should march ahead with by hardwork,determination and dedication which are the keys to sucess,” said an elated Anindita who aspires to be a teacher and is pursuing her post-graduation from Tezpur University. She further added that Prof. Chakravarty who retired from his meritorious service life last year had announced that he will reward the department topper every year and he kept his promise. 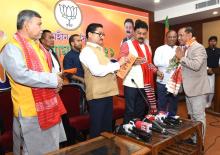 29 Sep 2012 - 5:33am | editor
The overall flood situation continues to improve on Friday. The water levels of the mighty Brahmaputra and its tributaries are receding.The death toll has gone upto 27. Six people have been remained...

18 Oct 2017 - 12:55pm | Nikhil Mundra
At a time when the country is preparing to celebrate Diwali by bursting crackers in a big way a non governmental organization has urged the people to avoid the traditional practice saying that it...