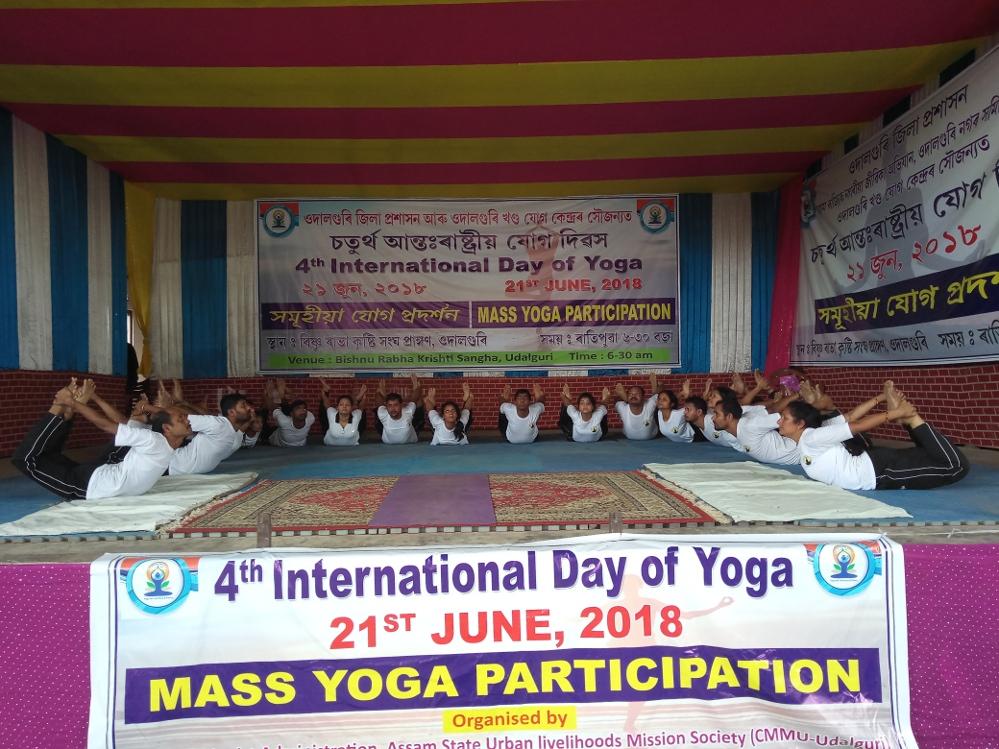 UDALGURI:  Along with the rest of the country, the 4th International Yoga Day was observed in various parts of Udalguri district. The Udalguri district administration in association with the Udalguri Block committee of yoga centre and 14 Gharwal Rifles, organised two hour long yoga camp and awareness meet at Bishnu Rabha Kristi Sangha in Udalguri town which was inaugurated by Deputy Commissioner of Udalguri,Dilip Kumar Das in presence of Commanding officer of 14 Garhwal Rifles,Col. Rahul. T. Basak and Tezimala Devi, two yoga instructors of Udalguri. Block yoga centre imparted the yoga training on the occasion. District nodal officer of Yoga under the ministry of Ayush, Dr. Rabin Deka offered vote of thanks to around two hundred trainees. Members of Shristi Yoga centre demonstrated various 'asanas' and 'pranayamas' on the occasion.Meanwhile, yoga day was also observed at schools and colleges,of Bhergson, Tangla, Kalaigaon,Rowta, Orang and Mazbat areas of the district.

AGP all out against Modi, BJP

16 Dec 2014 - 8:28pm | AT News
Former Chief Minister and AGP MLA Prafulla Kumar Mahanta came down heavily on BJP for reversing the poll promises. Participating in a debate on the floor of the assembly on Tuesday, Mahanta said that...

16 Apr 2009 - 9:06am | editor
A major incident of blast was averted on Thursday when an improvised explosive devise was found near a polling station in Assam's Autonomous District (ST) Lok Sabha constituency. Accoridng official...

6 Nov 2017 - 9:13pm | AT News Dimapur
Nagaland chief minister TR Zeliang has greeted the Lotha Community on the occasion of Tokhu Emong, the post-harvest festival which is celebrated with much pomp and splendor every year.  In a...