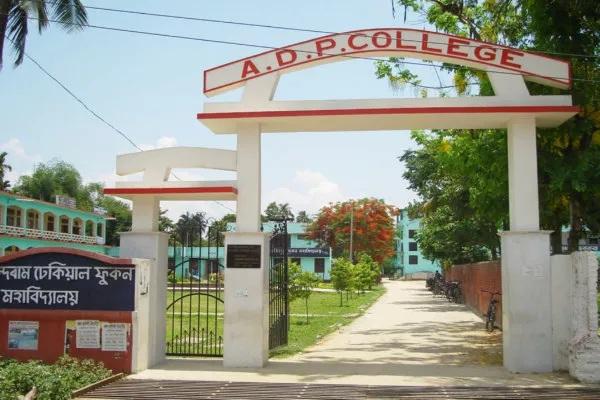 Anandaram  Dhekial Phookan College, established on 7th September 1959 in the hallowed memory of Anandaram Dhekial Phookan is going to celebrate its Diamond Jubilee year beginning  from 7th September 2018. A strong committee has been formed recently with Governing Body president Sahajananda Oja as President and Principal Dr Surajit Kumar Bhagowati as Secretary for this purpose. Dr Sanjib Kumar Borkakoti is the chief co-ordinator of the year-long programme.

Numerous programmes have been chalked out for the celebration. There will be three Seminars & workshops on culture, sports and career as part of the celebration. Sportspersons Mary Com and Dipankar Bhattacharya will be invited to the sports workshop. Actor Seema Biswas, director Jahnu Barua and sound recordist Amrit Pritam will be invited to the cultural workshop. Mask making and manuscript painting workshops will also be held. Scholars from abroad will be invited to interact with teachers during the year. There will be a Bhaona by the college family. Cultural rally will be held to highlight achievements of the college.

A 12 feet high statue of Anandaram Dhekial Phookan will be erected, the cost of which will be borne by the college teachers council. Eminent artist Biren Singha has already been entrusted with the task. The college has decided that a diamond jubilee gate will also be constructed. It will reflect the heritage of Nagaon. Book fair & exhibition will be held during opening events. Sukdev Goswami memorial debate competition will be held in all Assam level. An essay competition on Anandaram Dhekial Phookan will also be held in state level.

8 Aug 2015 - 5:15pm | AT News
Chief minister Tarun Gogoi is dead opposed to Naga autonomy in the Naga-dominated areas in the state.Talking to reporters in New Delhi on Saturday, he said that his government won’t accept it...