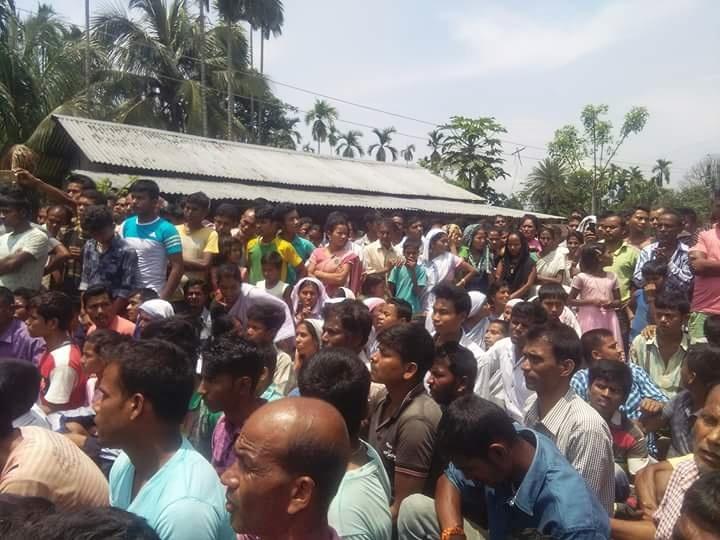 TANGLA: The undying man elephant conflict has claimed yet another person in Udalguri along the  Indo-Bhutan border.
Apart from unleashing a reign of terror, a herd of wild  jumbos   trampled to death a villager at Rajgarh on Thursday wee hours.

According to report, the jumbos who stormed into the rented house of Dilip Boro and dragged him out and trampled to death. Dilip’s friend, who was with him managed to escape the danger. But he sustained grave injury. Both they were drivers by profession. He is battle to survive in the GMCH.
Then hundreds of local residents thronged the spot and blamed the forest officers alleging that despite repeated request the authority has done precious little.
Senior police officers and forest officials pacified the agitated people and sent the body for post mortem. In Udalguri district alone, seven people lost their lives in the name of the man elephant conflict.