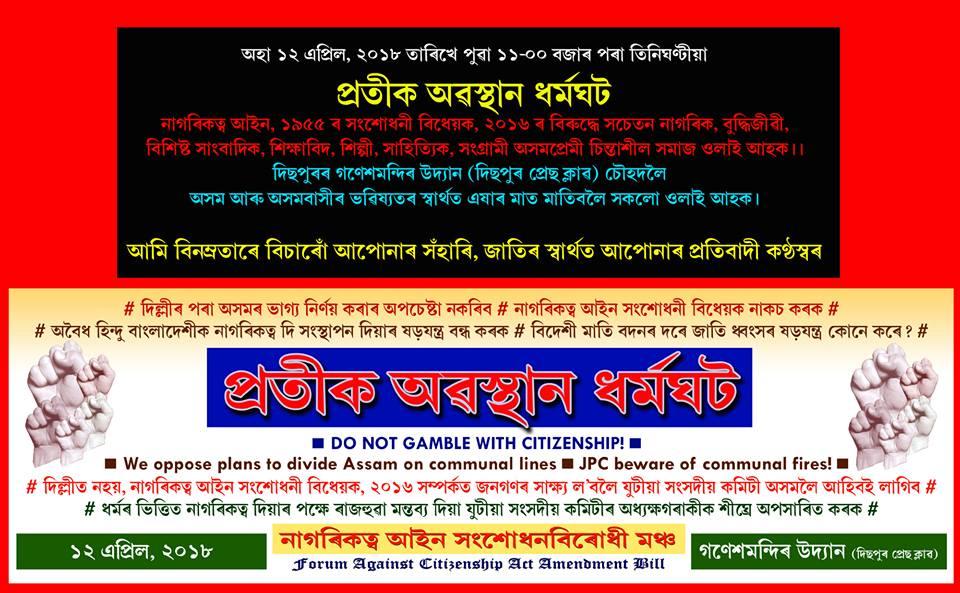 NEW DELHI: The Joint Parliamentary Committee set up to study the issues centering around the Citizenship (Amendment) Bill, 2016 has rescheduled the April 12 hearing for the organizations from Assam in New Delhi to April 17.

According to information, the House panel headed by Rajendra Agarwal has rescheduled the hearing acting on the suggestions to avoid the clash with the Rongali Bihu.

The panel has dozens of applications and memorandums but has figured out only 28 of these to be invited for hearing in the capital which runs into a hail of controversy. These include the All Assam Students’ Union (AASU).

Meanwhile, the Nagorikotta Aain Songkhudhoni Birodhi Manch has organized a sit in at Dispur on April 12 in protest against the hearing in New Delhi.

Demand for completion of War Memorial

5 Jan 2016 - 11:10pm | AT News
Patriotic People’s Front Assam (PPFA) in northeast India has urged the Assam government to complete the construction of proposed war memorial on the northern bank of Dighalipukhuri in the city at the...